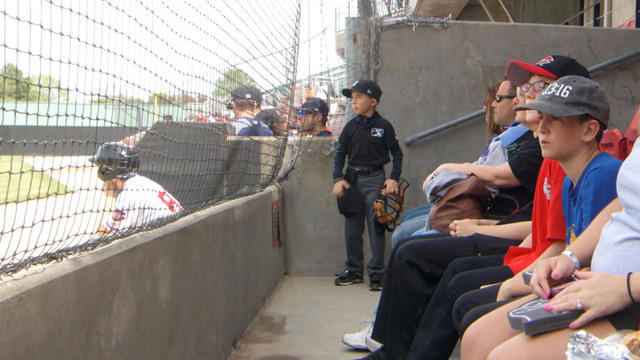 Not many prospects go from single-A ball to the World Series in one season, even fewer do it before completing elementary school. But Vincent Stio is about to do just that.

That’s right, the mini-umpire who started calling games from the stands at Carolina Mudcats games a few years ago will be on the field for game 3 of the World Series between to Red Sox and the Dodgers Friday night in Los Angeles.

Stio found out about the opportunity when he was a guest this week on The Ellen Show. Specifically, he got the call-up from Ellen’s friend tWitch:

If you’re keeping track at home, this completes a pretty incredible season for young Mr. Stio. It’s not his first season in his role as mini-umpire at Mudcats games, but it’s the first time the whole world took notice, and boy did they ever.

First, it was the SportsChannel8 coverage. That’s where it all started. Never forget it. The rest are just followers. Some of the followers include:

ESPN: (the video wouldn’t embed, but it’s a feature, too)

And now The Ellen Show and the World Series. Quite a run.