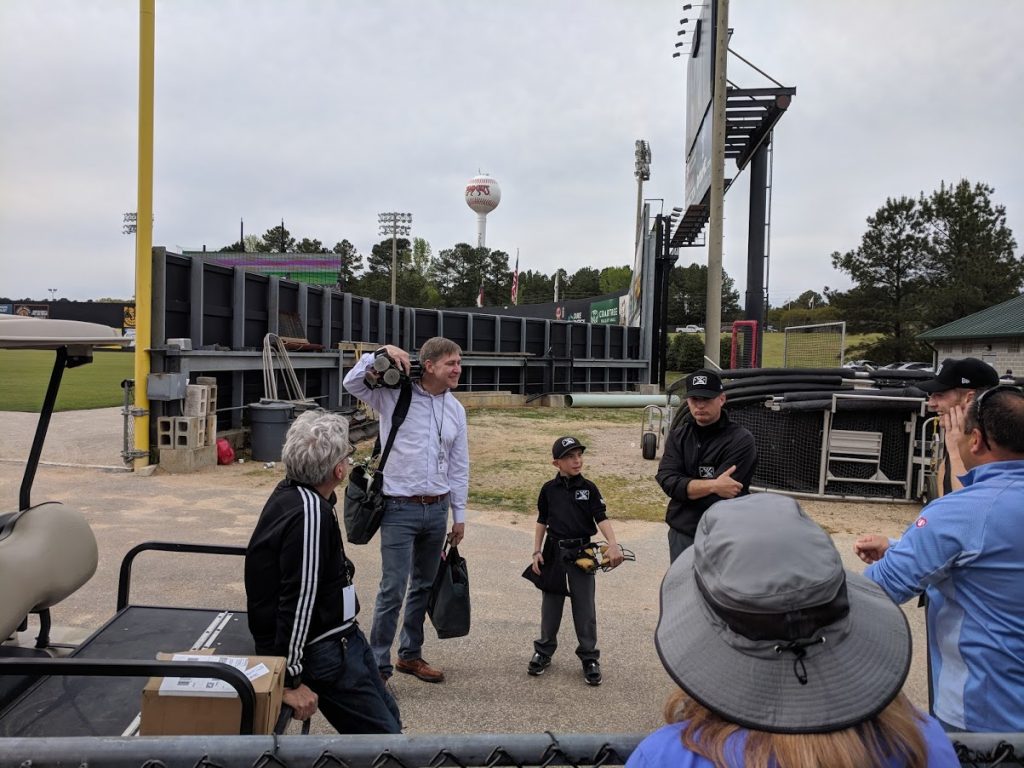 The Most Interesting Team in Minor League Baseball is back at it again.

The Carolina Mudcats, now owned by the Milwaukee Brewers but still kicking it in Zebulon, spent a lot of last season doing all kind of things that brought them attention, from a surprise military homecoming to a hidden ball trick to an on-field proposal by a player. And they came out of the gates swinging this season, going viral by using the Yodeling Wal-Mart Kid as walk-up music. (disclosure: I do PA for the Mudcats. I just read stuff.)

As if the routine appearances on ESPN and in local media weren’t enough, now the Mudcats will be featured on the CBS Evening News during Steve Hartman‘s “On The Road” segment.

Five County Stadium staple and our favorite little umpire, Vincent caught the eye of @OnTheRoadCBS's Steve Hartman this past weekend.

You can hear Vincent's story, and learn more about his love for baseball on Friday’s edition of the CBS Evening News with Jeff Glor at 6:30PM. pic.twitter.com/E6B7TW1jtt

Hartman was at Five County Stadium Sunday afternoon to check out mini-umpire Vincent Stio, a kid whose favorite part of every baseball game is the umpires. While Vincent isn’t officially a part of the Mudcats (he has donned his official ump gear and mask in several ballparks) or officially an umpire (he’s not quite old enough), he can be seen frequently at Mudcats games, often accompanying the umpires to their pre-game meeting, and then mimicking their calls from his front row seats during the game. They even let him have some fun throwing people out sometimes.

Hartman and his cameraman followed Vincent and the umpires during their routine before the game. 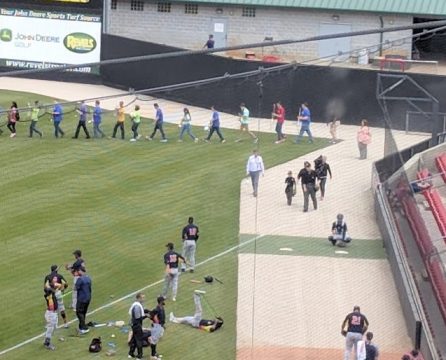 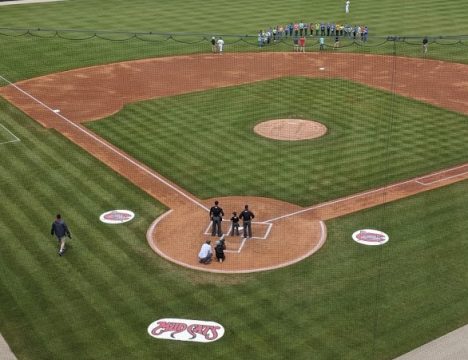 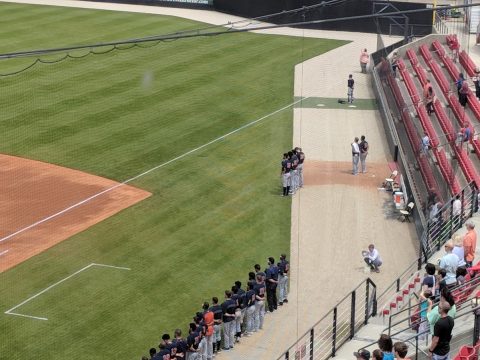 Afterwards, he interviewed the umpires about Vincent. His cameraman made a confession of something that had been weighing on him for quite some time. He said he once was a youth umpire to make a little money, and a game went extra innings and he had somewhere to be that night. On a close play at the plate, he called a runner safe who should have been out just so the game would end. 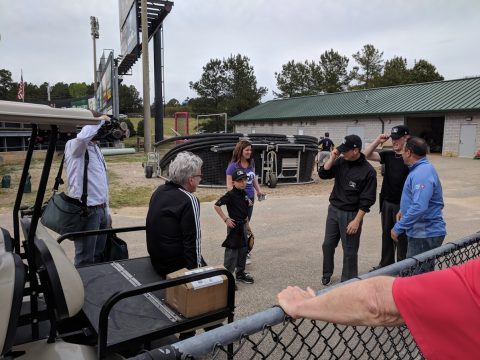 Hopefully the story about the cameraman with absolutely no integrity won’t disillusion and dissuade the young umpire from following his dreams.