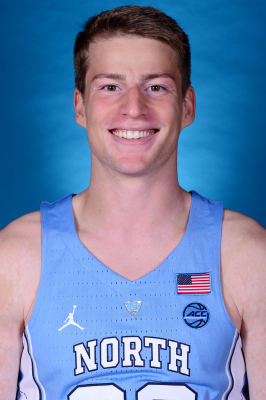 #HesStillInTheLeague? is a term coined by ESPN personality Bomani Jones, and it’s one that frequently is applied to long-term college athletes.

Perry Ellis and Amile Jefferson are two recent examples of players whose college careers felt like college decades. But one player, through just enough talent, untimely injuries to teammates and commitment to faith stakes the biggest claim to the #HesStillInTheLeague? throne: 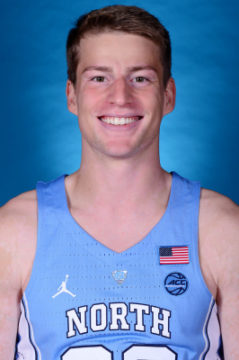 White enrolled at UNC in fall 2011, joining the Tar Heels just in time for the program’s most-highly anticipated season of the decade. Harrison Barnes, Kendall Marshall, Tyler Zeller and John Henson looked to hang a sixth banner in the Dean Dome. It felt like a team destined to blow through March.

Everything fell into place for that team to win it all. Carolina won the ACC regular-season title, clinching a one-seed in the tournament and blowing by Vermont and handling dark horse Creighton with relative ease. But, during that now infamous Round of 32 game, UNC lost arguably its most important piece:

The Tar Heels lost their starting point guard. Dexter Strickland, the likely back-up in that situation, already found his season over with a knee injury. Only one man could be relied upon to carry Carolina back to glory.

North Carolina’s national title hopes fell into the hands of the Stormin’ Mormon.

White played as well as really anybody could have expected, and managed the team through the Sweet 16, beating Ohio in overtime, but a cold-shooting effort against noted Roy Williams Kryptonite Kansas ended Carolina’s run in the Elite 8.

Then, just as quickly as White arrived in the hearts of Tar Heels across the globe, he vanished, leaving the team to fulfill his two-year Mormon mission.

White returned for his sophomore season three years after his debut, and has been a staple of the Blue Team since. He never returned to that prominent role he was thrust into in 2012, but he never was supposed to.

Five years after those two tournament starts, UNC will honor White on Senior Night. To add perspective for just how damn long White has been on the team, I jokingly suggested UNC fans tweet a “before/after” type set of photos at the start and finish of the Stilman White era:

It was a throwaway tweet, one that existed mostly so I could make fun of my horrible EVERYTHING during my junior year of high school, and also one to basically beg people to say “oh wow Brett you look better now for sure.”

But, because Twitter is fun, the hashtag caught on, taking different forms. Some people, like myself, used it to show true honest-to-god transformations in how they’ve aged:

@brettlive me when stilman was a freshman vs now. Dang this man has really been at UNC forever. #StilmanGloUps pic.twitter.com/QOhqsqvFPz

A few lucky fans got photo-ops with the man himself his freshman year:

Others used it as an opportunity to poke some fun at White’s ridiculously long tenure in Chapel Hill:

A few people even used it to show their change in ACC allegiances over the years:

@brettlive #StilmanGloUps note the hoodie. The true glo up took place in my heart pic.twitter.com/eYRqc246CI

Sup Dogs took the opportunity to, well, be Sup Dogs:

My personal favorites, though, are the ones where people have literally seen their families grow since White began his UNC career:

@brettlive Started dating this girl. Now we've been married 4.5 years and have a 2-year-old. #StilmanGloUps pic.twitter.com/DrwrvLUrJ2

@brettlive let's play this a different way SW's freshman year I had a 6yo son and a 4yo daughter. Now they are 11 and 9 with a 2yo sister.

The point is, Stilman White has been a Tar Heel for a long-ass time, and Saturday will mark the end of one of the more amusing careers in recent UNC history. And there’s no better way to pay tribute than physical evidence that it’s been that long.

Keep sending in your #StilmanGloUp tweets to @brettlive and @SportsChannel8, and this post may be updated to reflect the best entries.