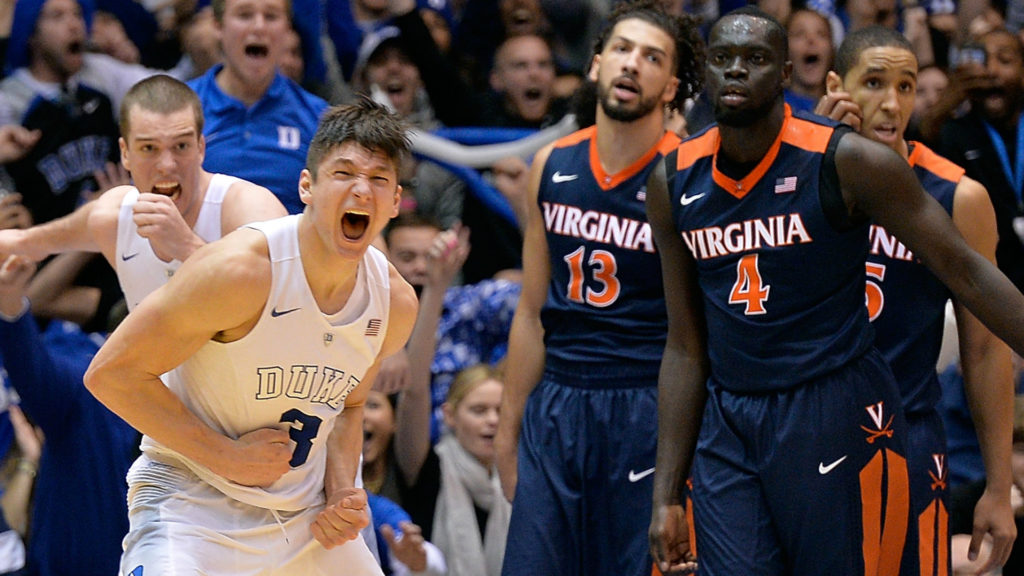 How? Duke was done in by really bad calls … both from the Duke coaching staff and from the referees … that went Virginia’s way.

GIF: “Alright guys, our running backs are averaging 5 yards per carry, our receivers can’t get open and our quarterback is really struggling. What should we call here?”

What people are talking about? Daniel Jones is bad. Really bad. He was 14-42 (42!) against the Cavaliers and has not been sharp for weeks.

What should people be talking about? There is not one ounce of bitch in Duke’s defense. 16th nationally in total defense, 7th nationally against the run, and 8th nationally in sacks. They’re playing well enough to win games for a semi-competent offense. Too bad Duke doesn’t have one of those.

What’s next? After a tough stretch against an undefeated Miami team and a one-loss Virginia team, Duke returns home for a bit of a rest against the 1-win Florida State Seminoles.

8 is wild:  Duke basketball put out this incredible video around the same time that Virginia scored to go up 28-14.