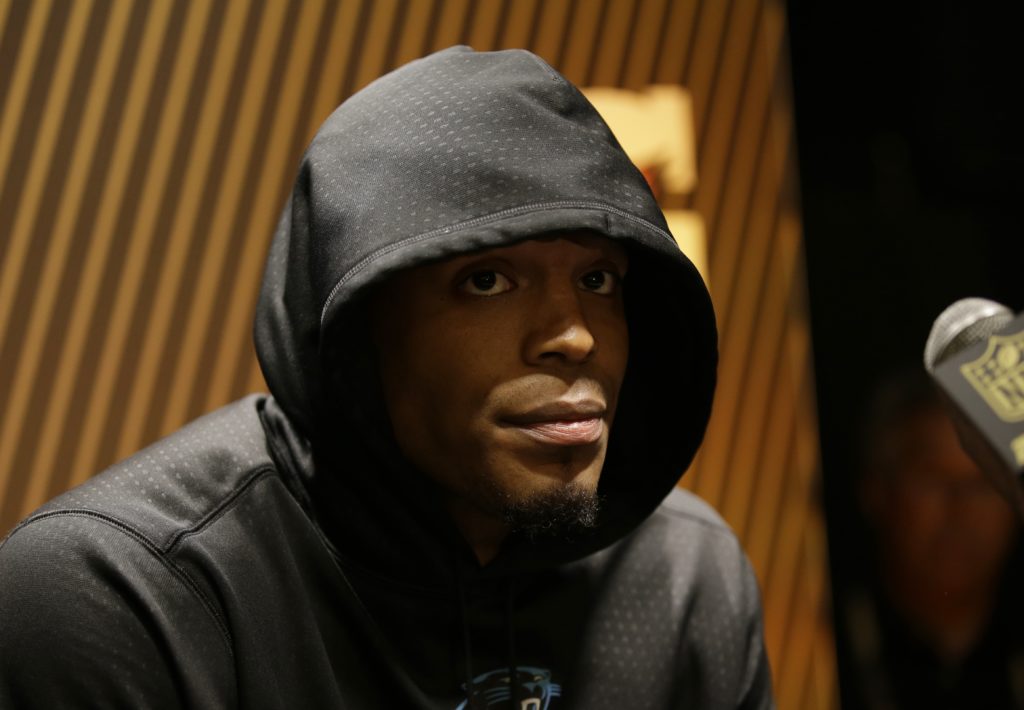 You’re going to see a lot of fans claiming they’ll never watch the Carolina Panthers again. That’s a lie. They’ll watch, just like the rest of us will continue to watch. There’s still Christian McCaffrey. There’s still  the other guy who played last year but I can’t remember his name right now. And if the new quarterback ends up being Teddy Bridgewater, that’s pretty cool. We’ll watch him. Not because we want to. Or because we care all that much. We’ll watch because it’s Sunday and that’s what people do. So congrats, David Tepper. You’ve turned the Carolina Panthers into a a product that people use because they have to, not because they want to. They’re Kleenex now. They’re toothpaste. They used to be the Carolina Panthers. But now they’re toenail clippers.

We’re college sports fans here in North Carolina, and that doesn’t mean pro sports can’t thrive. They just need to understand the landscape. Look at the Carolina Hurricanes. They get it. It’s a franchise that has a heart and soul. It’s got an identity. Granted, it has to because it’s hockey. It’s a niche sport that people around here didn’t grow up watching, but even if you don’t understand the ins and outs of the game, it’s easy as hell to “get” the Hurricanes. Around here, when you say “Blue Devils” or “Tar Heels” or “Wolfpack”, you know what it means. You know what it stands for. You’re not cheering for a team, you’re picking a way of life. You’re committing to a culture and to a community, and not one bit of explanation is needed to define it. The Hurricanes are the same way.

Summer before last, Rod Brind’Amour needed a job. With new ownership in place and his former boss making a pitstop in Calgary before being cancelled by the NHL, Brind’Amour was left to re-evaluate his future and decide the direction he wanted to take. Most people in his position would explore opportunities elsewhere as an assistant, or potentially look to the AHL for a gig. But Brind’Amour wanted to be the head coach of the Carolina Hurricanes. It’s important to say that way because it wasn’t “I want to be a coach” or “I think I can coach in the NHL”, he very specifically wanted to be the head coach of the Carolina Hurricanes. With no experience and no real evidence that he could do the job, his only bargaining chip was that he desperately wanted to remain a Hurricane. He got the job. He surrounded himself with players and personnel who knew what “being a Hurricane” meant. He made the Eastern Conference Finals. And he is (hopefully) following it up with another playoff run in a season that, should it resume, is on pace to be the 4th best in franchise history. Just behind his only other season as our head coach.

Cam Newton wanted to be in Carolina, too. Much like Brind’Amour, Newton played a major role in defining what it even meant to be Carolina Panther.

The Panthers have three pillars upon which the culture sits, and since 1995, it’s been one of the strongest cultures in the NFL. The first pillar … the belief and resilience of Sam Mills. The second … the fight and fire of Steve Smith. And the last … the fun and the heart of Cam Newton. From the outside looking in, wherever you’d see “Carolina Panthers” you’d know you wouldn’t want to play against them, you’d respect the hell out of them, and you’d probably be annoyed by or maybe even a little jealous of how much fun they were having. From the inside, the Panthers community cared for each other, would fight for each other if necessary, and would take tremendous pride in knowing that we’d “keep pounding” through every obstacle that got in our way. We were never front-runners. We were never favorites. But we never wanted to be, either. What it meant to be a “Carolina Panther” was easy to define, and easy to get behind.

Today, with the news that Cam Newton was “given permission to pursue a trade” (later re-worded by Cam Newton as “forced out”), they’ve lost all of that. Tickets will still sell. Games will still be watched. But the Panthers are gone. There’s no heart. No life. Just some players and a uniform. Just like the Bobcats. Just like what the 2nd Hornets are trying to rebuild from. Nobody has any clue what it means to be Carolina Panther anymore.

Cam was an NFL MVP. He took us to a Super Bowl. He was one of the most impossible-to-defend quarterbacks of all time. He was clutch. He was an automatic first down or short-yardage touchdown. All of those things fade over time because every athletes gets old, and every athlete gets hurt. A huge part of Cam’s story in Carolina is that the franchise did nothing to slow his aging or prevent his injuries, but let’s ignore that on the list of things Carolina owes Cam Newton for right now. Above all of that, Cam deserves one thing. He deserves to not be reduced to what he’s able to do today on the football field.

He did EVERYTHING for Charlotte. And again, he DEFINED the “Carolina Panthers”. He earned the right for his arms to stop functioning and for his legs to fall off of his body. If he wants to be here, he should be here. Again, who do you trust more to make the decision that’s best for the Carolina Panthers? The guy who defined what it meant to be a Panther? Or the guy who bought the team from somebody who was forced to sell it?