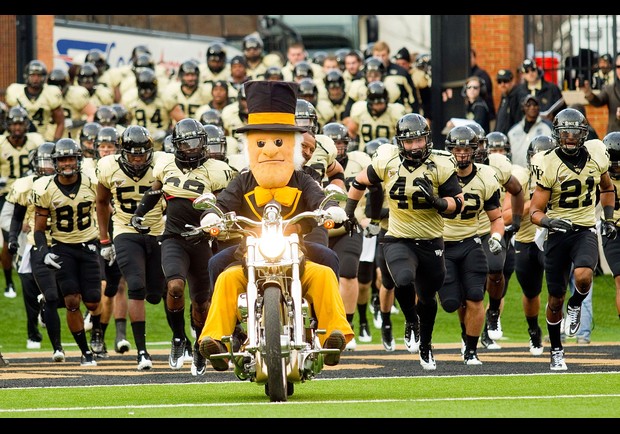 Break up the Deacs! Wake Forest was the biggest mover in the bowl projections this week as it’s almost impossible NOT to find four more wins on the schedule. With Delaware up next, followed by chances against Syracuse, NC State, Boston College, Virginia, and Army, can anyone leave the Deacs out of their bowl projections?

On the other side of the coin, NC State now has to find a win from Louisville, Florida State, Clemson, North Carolina, Notre Dame or Miami after dropping a road game to ECU yesterday. And as we just mentioned, that game vs. Wake Forest isn’t a guaranteed win now either, and Syracuse certainly showed an ability to score points against Louisville.

The Tar Heels avoided going 0-2, but still have work to do with two FCS teams on the remaining schedule. They’ll only be able to count one win out of those two games towards bowl eligibility. Conversely, Duke may end up being the beneficiary of the endless supply of bowl games as their academic achievement would put them on the top of the list for 5 win teams to fill spots where leagues can’t fulfill their quota of bowl eligible teams. One of those leagues is probably going to be the ACC.

Florida State took care of business in their cupcake game while Clemson struggled, and Louisville certainly looks poised to have a say in the ACC title picture with their offensive performance against Syracuse.