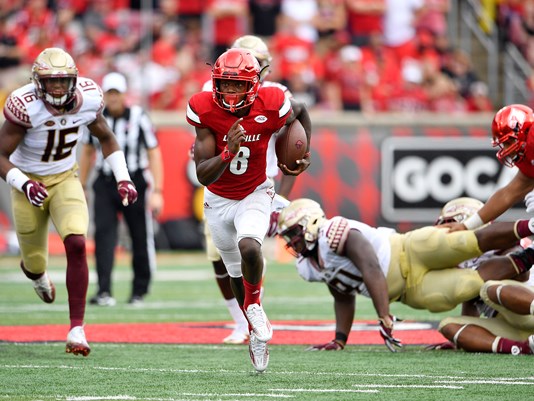 It’s bowl projection time, and how do you NOT put Louisville in the playoff? Plenty of ACC teams have appeared poised to join the top tier over the last few years before being exposed at the hands of Florida State or Clemson. What Louisville did to the Seminoles yesterday was completely off script, however. Complete domination from start to finish, all led by Heisman frontrunner Lamar Jackson who is easily the most exciting player in college football. Impressive isn’t strong enough of a word. It was downright terrifying.

NC State, North Carolina and Wake Forest did what they had to do against inferior opponents, and Duke slid completely out of the bowl picture with another mistake-riddled loss. Michigan State’s win over Notre Dame hurts the ACC in two ways. It’s unlikely that a conference will get two teams in the playoff, and the Irish will likely drop into the ACC bowl tie-ins now which moves everyone else down a spot. Unfortunately, that someone is likely Wake Forest.

Here’s how the bowl picture shakes out for the ACC: