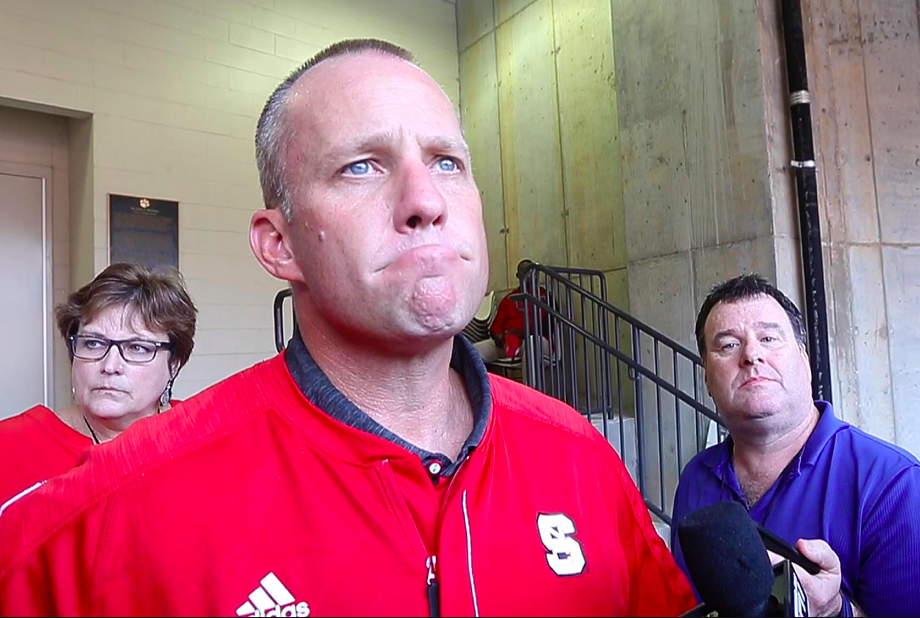 If the ACC is going to have a team in the playoff at all, the only hope at this point is the Clemson Tigers. There is zero chance of Dabo’s crew getting there if they make as many mistakes as they did Saturday against NC State, but let’s hope that was an anomaly. While other teams got exposed this weekend, Clemson still very much appears to have all of the pieces to make the top 4 if they can figure out how to put them all together consistently. Confidence is not high with this pick, but it will be tough to leave an undefeated ACC champion out of the playoff.

Duke gave the rest of the country the blueprint to beating Lamar Jackson by keeping him on the sideline, and NC State has the running game to duplicate that approach. Honestly, with Houston falling off a bit, the Wolfpack might be the toughest game on Louisville’s remaining schedule. The Cards should walk right into the Orange Bowl unless Clemson falters down the stretch.

Pitt may very well end up with a better record than UNC, but even if they don’t, it’s doubtful that the Heels would go to the same bowl twice in two years. Although maybe the selection committee will want to give UNC’s defense a chance to play in Orlando since they missed the trip last season. What started off as such a promising year for the ACC has us now looking at Pitt being the 3rd representative from the conference. Gross. Louisville ends up here if they’re not in the Orange Bowl.

This is a lock. Go ahead and buy tickets. Book hotel rooms.

The Hokies have already lost games at a race track and in a basketball gym, might as well give them a shot to lose one in a baseball stadium too.

Why not? With Army and BC remaining on the schedule, the Deacs are pretty much guaranteed 7 wins. They get Virginia at home as well, and while that would be an upset, 8 wins locks the Deacs in a Tier 1 Bowl and locks Dave Clawson in as ACC Coach of the Year … before he leaves in the offseason for a new job.

Maybe it was more Jameis than it was Jimbo.

Maybe it was more Miami than it was Al Golden.

NC State’s schedule seemed brutal a few weeks ago, but with Notre Dame, Florida State and Miami quickly turning into frauds, two/three more wins (BC plus either or both of the Florida schools), the Wolfpack are going bowling. If they get to 7 wins by beating both Florida schools, they’ll be headed to the TaxSlayer Bowl.

That’s right folks. 10/29 in Atlanta. The Quick Lane elimination game. Expect GameDay to be there.