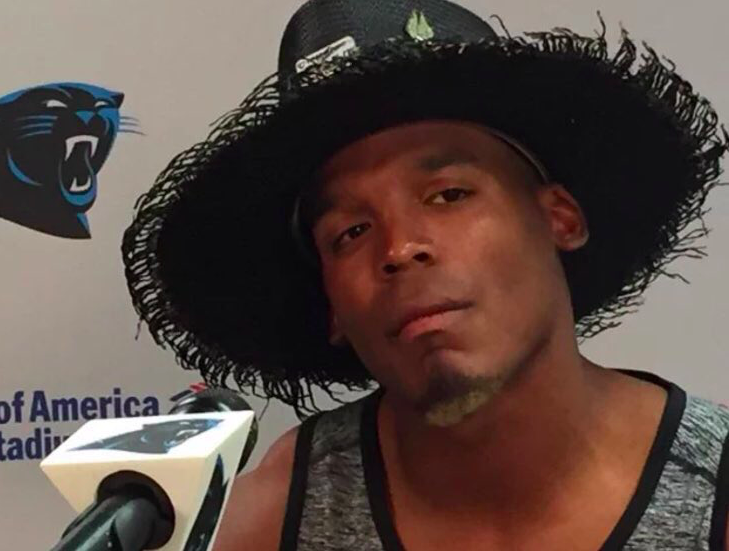 The Carolina Panthers kicked off practice this week, and already everyone is talking about Cam Newton again.

Cam Newton can have a blonde goatee all he wants. He’ll ALWAYS be the guy who didn’t dive on the fumble in 4th quarter of the Super Bowl.

We all might as well get ready for the onslaught of hot takes because there is clearly a need out there for Cam Newton to be humbled by the Super Bowl experience. The fact that he’s not, however, is clearly a positive sign for the emotional Panthers who play their best football when they’re loose and enjoying the moment. Twice last season, the team tried to play it cool and keep their emotions in check … the first against Atlanta, coming on the heels of the controversial Josh Norman/Odell Beckham, Jr. game, and the second in the Super Bowl following two weeks of intense scrutiny by the national media worried that somehow the “fun” Panthers would ruin the “super serious” Super Bowl.

There’s been a huge investment in painting football as a war that can only by won with sacrifice and pain and struggle, and Cam Newton’s Panthers are a serious threat to that notion. While football writers spend the season openly hoping for some catastrophic event to knock Cam back a peg, the most the rest of us can do is sit back and appreciate every bit of success that comes his way because every win for Cam is a loss for the football media that’s quickly turning into the group of curmudgeons who cover baseball.

I can’t wait until a group of football writers don’t vote Cam into the Hall of Fame just so I can look at them like this. 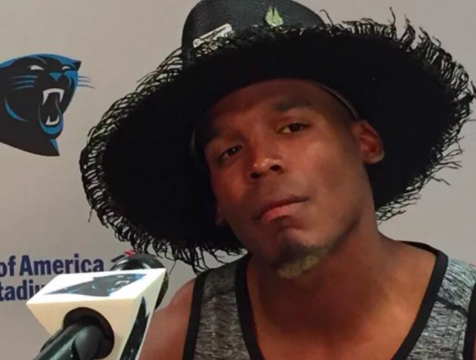 It’s as good of a time as any to break this back out: