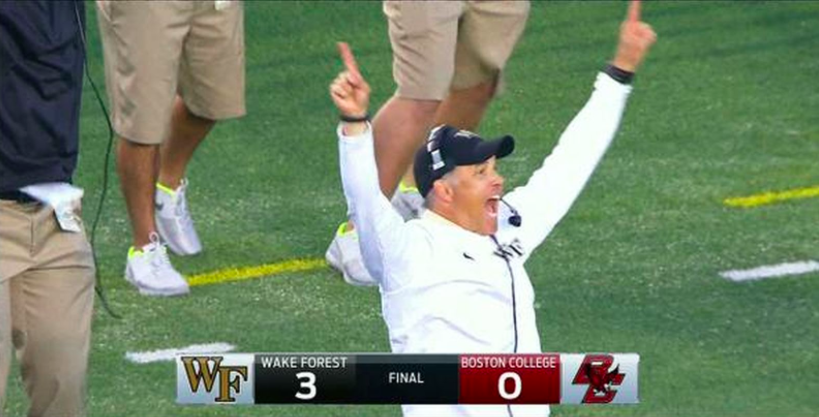 Ask any hardcore college football fan what they love about the sport and you’ll hear about the game-day experience, the high drama, or the excitement of watching tomorrow’s NFL stars play for the love of the game without the burden of having to manage even a fraction of the millions of dollars they bring in for their universities. But what about the casual fan? 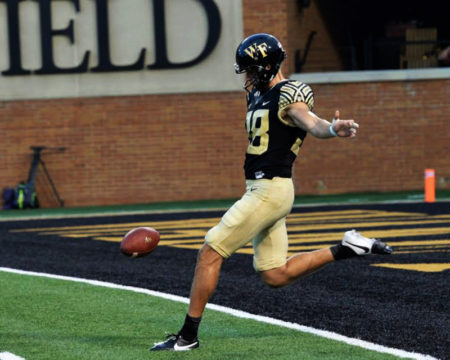 Are new fans willing to spend upwards of 4 hours in front of their TV for a single game? Has the game changed too much from the origins of the sport before it was bastardized by the forward pass and the hurry-up-no-huddle offense? While loyal fans of the sport love go routes and skinny posts, casual viewers are running quick outs to other sports, as evidenced by the rise of the popularity of European soccer in America. Fortunately, we have Dave Clawson, and if you don’t recognize the beauty of Wake Forest football, you just don’t get true college football.

College football games last too long, which is not only a problem for fans who attend games, but fans at home often miss chunks of action because the noon games run well into the 3:30PM kickoffs. Scoring plays lead to extra points and kickoffs, and with the emphasis on offense in college football, these delays add up significantly over the course of a single game. It’s not just touchdowns either, first downs are an even bigger problem as the clock stops every time a team gains 10 yards to allow the officials to reset the chains. By eliminating scoring plays and first downs, Clawson’s Deacs are returning the game to its roots as a land battle of field position and time of possession, and it’s every bit as beautiful as you can imagine.

Tulane and Wake are about to play a sub-3 hour football game.

So what’s the anatomy of a perfect football game? Let’s go inside the numbers. Wake Forest and Tulane combined for 24 first downs with 10 and 14, respectively. Louisville, alone, had 34 first downs against Charlotte, and Tennessee and App State combined for 36 first downs in a low-scoring affair. Assuming it takes referees an average of 8 seconds to reset the chains, that’s 3.2 minutes of added time in Wake/Tulane, or 50% less time spent watching referees move chains than the fans experienced at the Louisville/Charlotte game.

How does Clawson do it? Wake Forest quarterbacks combined for 96 yards passing on 24 attempts, which is a solid way to avoid piling up those time-consuming first downs. Even more impressive, however, are the 2.3 yards per carry on the ground, totaling up to 175 yards of total offense and one touchdown. What’s even more exciting is that Wake Forest is only going to get better as the season goes on. In perhaps the most perfect college football game ever played, Clawson’s Deacs racked up 5 first downs in an entire game during a 2015 battle with Boston College thanks to an incredible 1.2 yards per carry average.

And he just keeps winning. Wake Forest is 3-1 in their last 4 games where the Deacs scored a touchdown or less. That’s beautiful football. Just ask Virginia basketball fans.