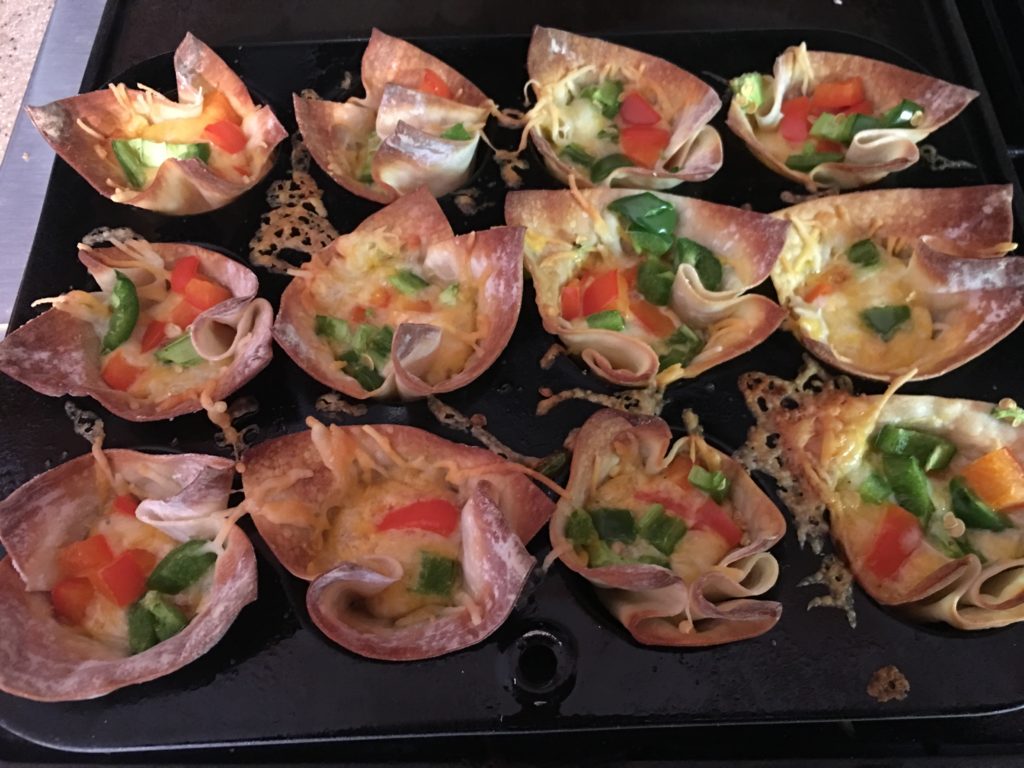 With many good games front loaded in the college football schedule, week 3 is typically a cupcake week for most teams. Wake Forest is certainly one of those teams as they’ll follow up their big win at Duke with a 6:30 kickoff against the Delaware Blue Hens. We’re ready to go ahead and call that one in favor of the Deacs, and they’ll be 3-0 with the inside track towards bowl eligibility for the first time in, well, it feels like it’s been a while.

It would be too easy to just think “cupcakes” for a dish to celebrate cupcake week, and because Wake is a team that’s typically on the other end of those match-ups, I’m doing something different. We projected the Deacs to the Sun Bowl earlier this week, so let’s double-down on the Tex-Mex and make mini-taco Sun Bowls as a culinary nod to the Old Gold and Black. And, of course, let’s use a cupcake tin so we’re being true to this week’s slate of games.

This dish certainly isn’t rocket science, which makes it a perfect nod to Dave Clawson’s approach to winning football games. Keep it simple. Take a small cupcake tin and coat it well with cooking spray, and definitely take the time to make sure it’s spread evenly with a paper towel. Grab a wonton wrapper and carefully push it down into the cupcake tin making sure that the wrapper doesn’t tear, depending on what you’re going to fill it with. 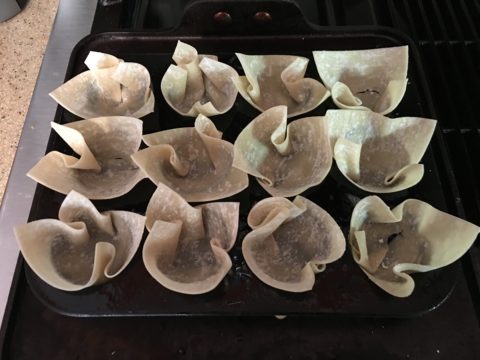 You can certainly use a dry, seasoned ground beef as your bottom later, but not everyone in my house likes red meat which is fine because not everyone at Wake Forest likes football. I use a blend of Mexican cheeses and fill the wontons to the top, leaving just enough room for some diced red peppers and jalapeños. 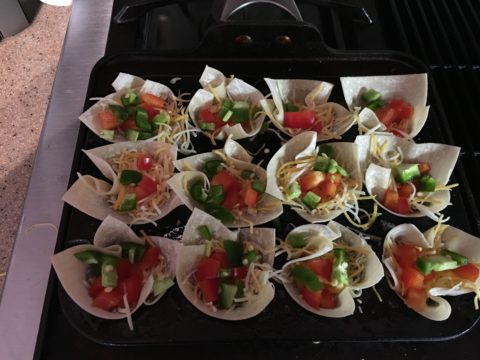 Put them in the oven at 375 degrees and let them cook for about 18-20 minutes, which is the amount of real time it takes for Wake Forest to play one quarter of football. The cheese melts down in the oven which leaves room to re-top the wontons with shredded cheese and a dab of sour cream. 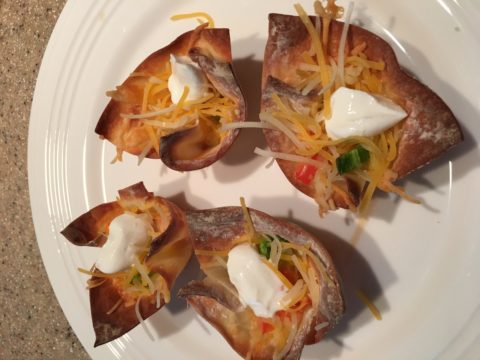