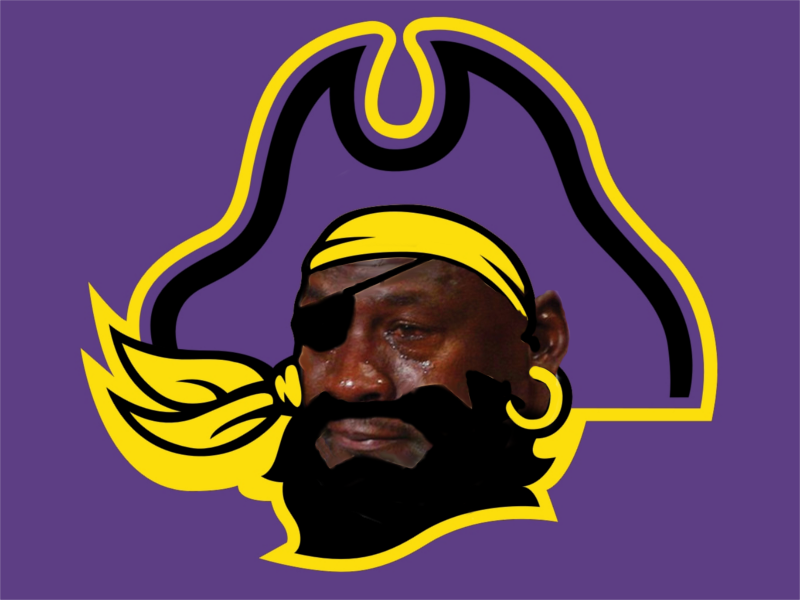 Why? After going down 17-7, the Hokies finished the game on a 57-0 run. 57 unanswered points. Fifty-seven. The Hokies nearly had 700 yards of total offense. Oh and scored 57 straight points.

GIF: ECU fans when asked what to do with the football program at this point

What people are talking about? How ECU went from a respectable program to the embarrassment they are now in less than 2 years. The good people in Greenville don’t deserve this product on the field and many are past questioning whether Coach Scottie Montgomery can turn it around.

What should people be talking about? Ctrl C + Ctrl V the above paragraph.

What’s next? ECU travels to UCONN next Sunday (yes it’s a Sunday to help with the rescheduling of some other AAC games because of Irma). That game will be the grossest.

Virginia Tech wins 64-17. Most lopsided home loss for East Carolina since a 55-7 setback against Lenoir-Rhyne in 1959.

ECU’s start to the season, summed up in one image. pic.twitter.com/1OObe3ZzPh