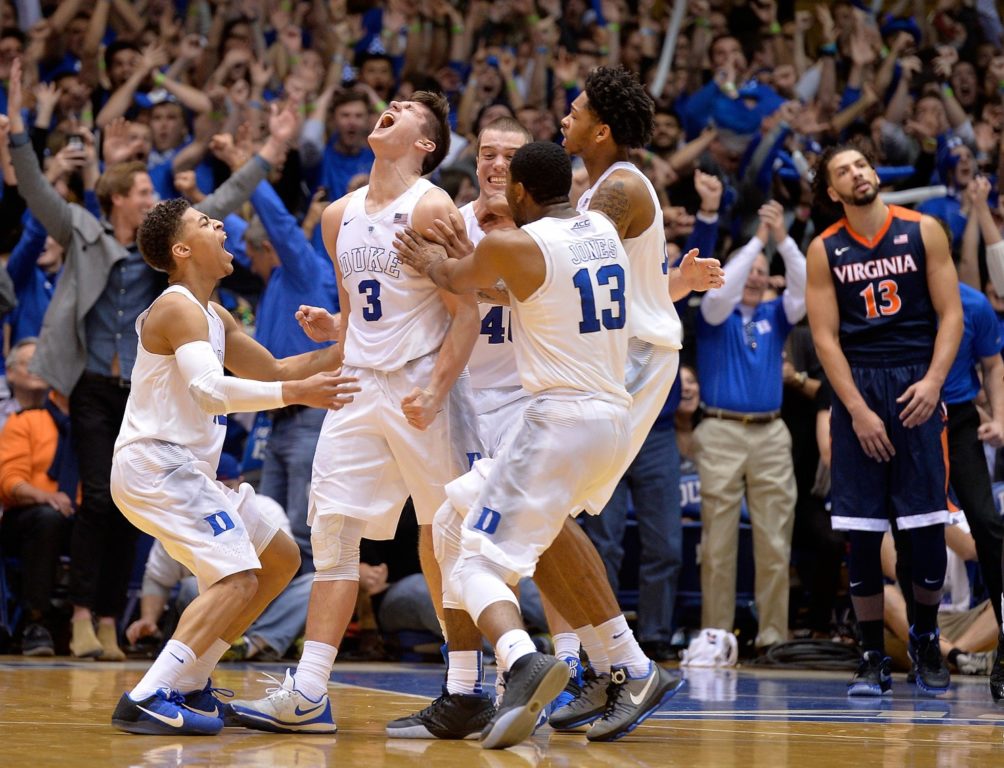 With Grayson Allen, Matt Jones, Amile Jefferson and Luke Kennard all returning, Duke was going to be one of the favorites to win the ACC in 2017. Then Coach K and Jeff Capel tag teamed to pull together one of the best freshman classes that Duke has ever had to pair with those returning veterans. The ACC is too good to realistically expect an undefeated season, and the NCAA is too weird to ever have a sure thing, but it’s no doubt “championship or bust” in the eyes of Duke fans. What could get Duke? Turnovers due to the absence of an experienced point guard, and inexperience in crunch time that could force Krzyzewski to turn away from using his team’s depth as a weapon by shortening his rotation to include the players he trusts the most. Like we saw in 2015 with Tyus Jones and Justise Winslow, if Frank Jackson and Jayson Tatum are seeing significant minutes late in tight games in February, you can expect this team to cut down the nets.

REASON TO PAY ATTENTION TO THE Blue Devils