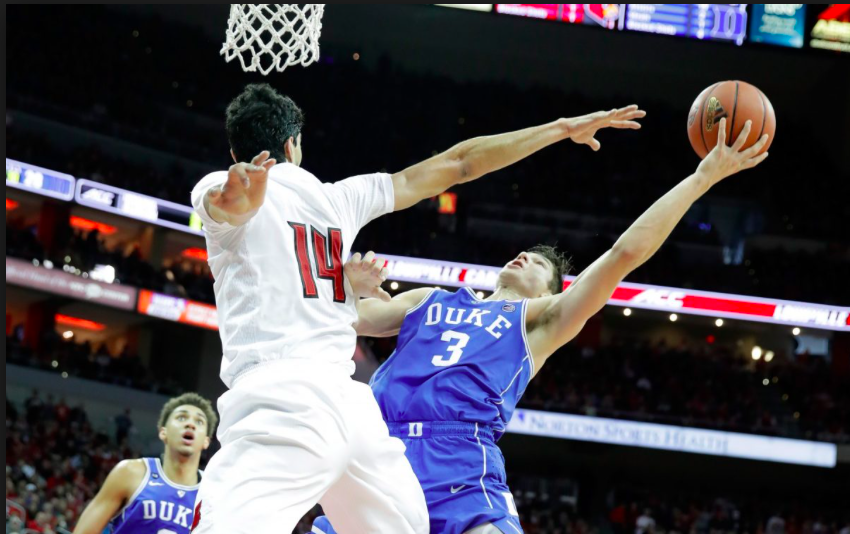 With fewer than 50 days until the opening round of the ACC Tournament, Duke and NC State are both in position to play on Tuesday. While there’s plenty of basketball left to play, the mere thought of that possibility would have been met with laughter in the pre-season when Duke looked like an unstoppable juggernaut and NC State seemed ready to be one of the most entertaining teams in basketball. And yet, here we are.

Duke and NC State both have the talent to turn their seasons around, but in a tougher-than-expected ACC, time may be running short for either team to do so. So who’s better positioned to make a run?

Mark Gottfried’s Wolfpack is looking at a situation where an expected 4-1 start has turned into a 1-4 disaster. There’s no shame in losing in Chapel Hill (ignoring the final margin of 51 points), but losses against Boston College and Georgia Tech are going to be incredibly difficult to earn back with the meat of the ACC ahead of them. 7 of their next 11 ACC games are against teams with winning records so far in the conference, and of the other four games (Wake, Duke, Wake and Clemson), three are on the road.

While Gottfried is calling for NC State to “decide to guard somebody”, it’s obviously not as simple as flipping a switch and becoming a great defensive team. State has rim protectors, ranking 5th in the league in blocked shots, but are dead last in scoring defense, allowing opponents to score 76.4 points per game. Defensively, the scheme has to change, which goes beyond players deciding to make a commitment to defense. The pace is probably too fast as well, which is curious for a team with known issues on the defensive end of the court. State is the 2nd fastest team in the ACC, and giving 10 or so additional possessions to a team they can’t guard seems like a bad idea.

To truly turn the season around, a possible path would be mix up defenses to find something that works and force teams into a 5 or 6 minute scoring drought to give NC State a window to earn a workable lead. On the offensive end of the court, slow the game down, surround Dennis Smith Jr. with shooters, and run nothing but ISOs and pick and roll/pick and pop with 10 seconds left on the shot clock.

The simplest answer for Duke is “get healthy”. Duke has played 53:38 of basketball with their top 8 players available and won that segment by 70 points, scoring 145 and allowing 75. You might hear qualifiers like “yeah, but it was against Georgia Tech and Boston College”, but those comments won’t be coming from Raleigh or Chapel Hill. Would it always come that easily for Duke if everyone was available? It’s doubtful, and it’s a question that may never get to be answered. Having a full roster will certainly help Duke win a national championship, but it would be a case of talent masking weaknesses.

Like NC State, Duke has to defend differently. Coach K’s style of man-to-man defense requires constant communication, rotation, and individual decision-making that fits into the team concept, and with the inexperience of Harry Giles, Marques Bolden and Jayson Tatum playing off-the-ball defense, Duke is getting shredded by ball reversal in half court situations. Having to recover to close out on shooters allows for an easy drive to the basket, and while traditional Duke defenses have been successful in helping from the weak side, that’s been a struggle for this team. Transition defense has also been awful, which isn’t surprising with a roster of rebounding guards, and is the risk/reward of good offensive rebounding (3rd in the ACC).

The key statistic for Duke isn’t on the defensive end, however. When Duke shares the ball, they simply can’t be guarded. The problem is that, in ACC play, only 49% of Duke’s made field goals come from assists, and that’s largely skewed by the Georgia Tech game where Duke assisted on 24 of 39 made baskets. The answer, as odd as it sounds, is less Jayson Tatum. Duke needs Grayson Allen to be a distributing point-guard and needs Tatum on the low block where he can be a matchup problem, spending less time with the ball in his hands on the perimeter. Luke Kennard, who was on pace to be the runaway ACC Player of the Year, has taken the biggest hit from the offense grinding to a halt, and that’s a bad recipe for Duke if they want to be successful.

so who’s turning things around?

NC State has their talent available while Duke does not, so there’s a big advantage for the Wolfpack there. The downside is that NC State’s talent isn’t getting it done right now, so there’s no hope for a cure to magically materialize. Both teams have a game (Virginia Tech for NC State and Georgia Tech for Duke) to point to on film to show “here’s what you do” in hopes that they’ll see a return to those successful ways. Duke’s schedule certainly has contributed to the slide while NC State is looking more at missed opportunities at expected wins.

When comparing the two situations, NC State needs some significant changes while Duke seems to need some stability to build a foundation for the rest of the year. Neither, of course, are guaranteed, but Duke has the more likely path to recovery because of a much longer runway to turn things around. If we’re still having “what’s wrong with NC State” conversations after this week, the season is likely over. For Duke, they’ll have plenty of time in February to build towards a successful March, but they’ll absolutely need Amile Jefferson back as quickly as possible to finally have some stability.