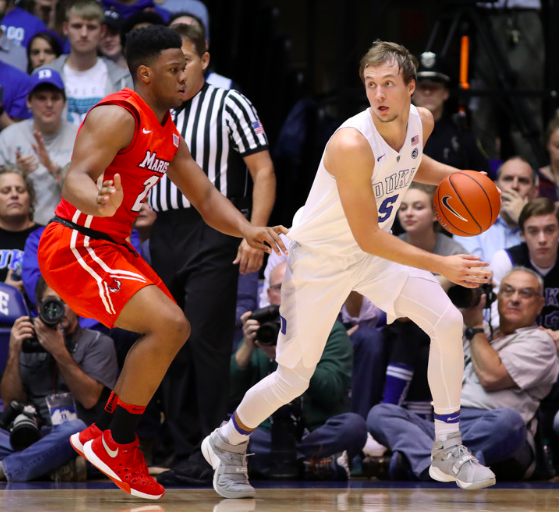 Duke certainly did not expect to be in this position when the season began. With what was supposed to be one of the most stacked rosters in program history, the ACC Tournament was going to be a springboard towards a run at a 6th NCAA championship and an opportunity to bring home a conference championship for the first time since 2011. But that Duke team never made it to the court, and instead of the ACC Tournament being a bullet point on a long list of season goals, it’s become a potential nuisance. Nothing more than an opportunity to tire out legs, risk injury, or further lose confidence during a stretch of basketball where Duke has lost three of their last four.

On the other hand, a four-day run in Brooklyn would put Duke back among the NCAA title favorites and would recapture the buzz that surrounded the Blue Devils back in November. But could Duke survive a title run and have enough left in the tank? Is it worth the risk?

The opportunity that Duke has in front of them in Brooklyn is one that only the ACC can offer. For the Blue Devils to win, they’d have to (likely) go through two, possibly three Final Four caliber teams, all with contrasting styles that would prepare Duke to play nearly anyone in the NCAA Tournament. Duke’s path to Saturday night would go through Clemson (35th in KenPom), Louisville (8th), and likely UNC (4th). That stretch would rival anything that a round of 32, Sweet 16, and Elite 8 run could offer. And that’s just to get to the finals.

While Duke’s limited roster needs rest, the fragile Blue Devils also desperately need to develop an identity that allows them to be the team they are instead of just being a shell of the team they could have been. A refreshed Duke team in the NCAA Tournament is still a flawed team lacking in confidence, and without any sort of intimidation factor that would discourage anyone from seeing “Duke” in their bracket on Selection Sunday. An ACC champion Duke team is a different proposition altogether. Fatigue will absolutely be discussed heavily here in Brooklyn, and should Duke fail – as they’re expected to – Coach K will surely talk up the benefit of a few days off. But this is a critical test for the Blue Devils, and there’s no way the benefit of additional rest will be anything more than a coping mechanism if Duke heads home without a trophy.