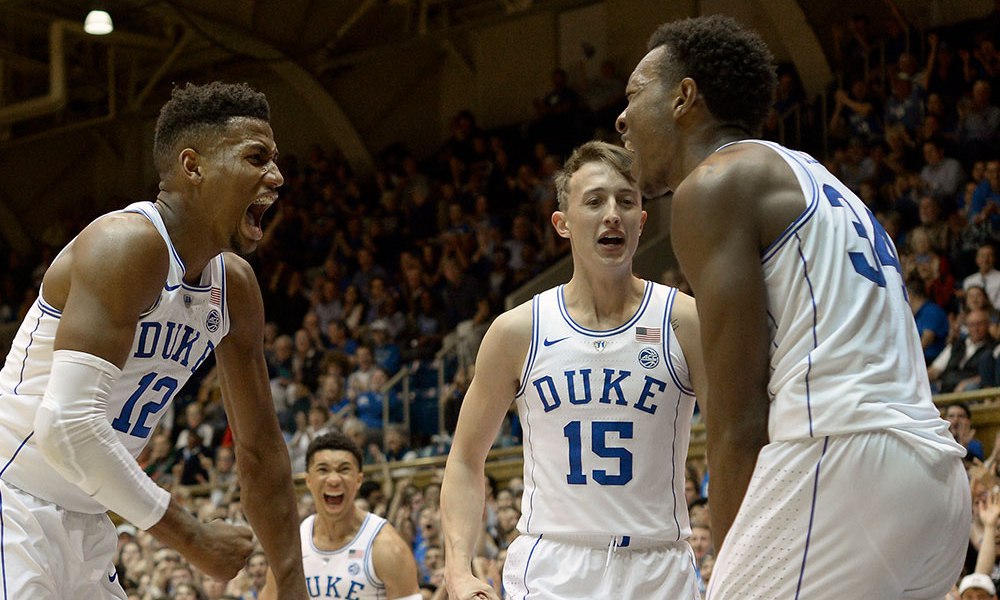 Duke’s big men were too much for the Jags as freshmen Wendell Carter Jr. and Marvin Bagley III combined for 39 points, 22 rebounds, 8 blocks and 4 assists.

This was a hell of a move that started with a vicious Marvin Bagley block, although we’re pretty sure that’s a travel when he goes backwards, then forwards again. Oh, that’s just the way the video is edited? Never mind.

Duke was favored by 41.5 points and won by 17. The Blue Devils were never in danger of losing, but did Southern do enough to show a blueprint to beat Duke? The Jags did a good job making it a half court game and put Duke on the line instead of giving up easy shots. That ended up being a big factor as Duke only made 24 of 37 free throws. Duke also continues to struggle from three-point range shooting 4-20 on the night.

what should people be talking about?

On Tuesday night, Grayson Allen took over the game against Michigan State which is pretty understandable for a senior to do so. On Friday night, it was two freshmen. For the third time this season, two Duke freshmen (Bagley and Carter) recorded double-doubles. It’s only happened three times prior over 113 seasons of basketball at Duke.

Duke hosts Furman on Monday night at Cameron Indoor Stadium. It will be Duke’s 5th game in 10 days.

“A lot of guys looked at our opponent and didn’t take it seriously. That will not happen again. I promise you that.” – Wendell Carter

Jeff Capel III rejoined the Duke coaching staff on Friday night after the passing of his father, the legendary Jeff Capel, Jr.