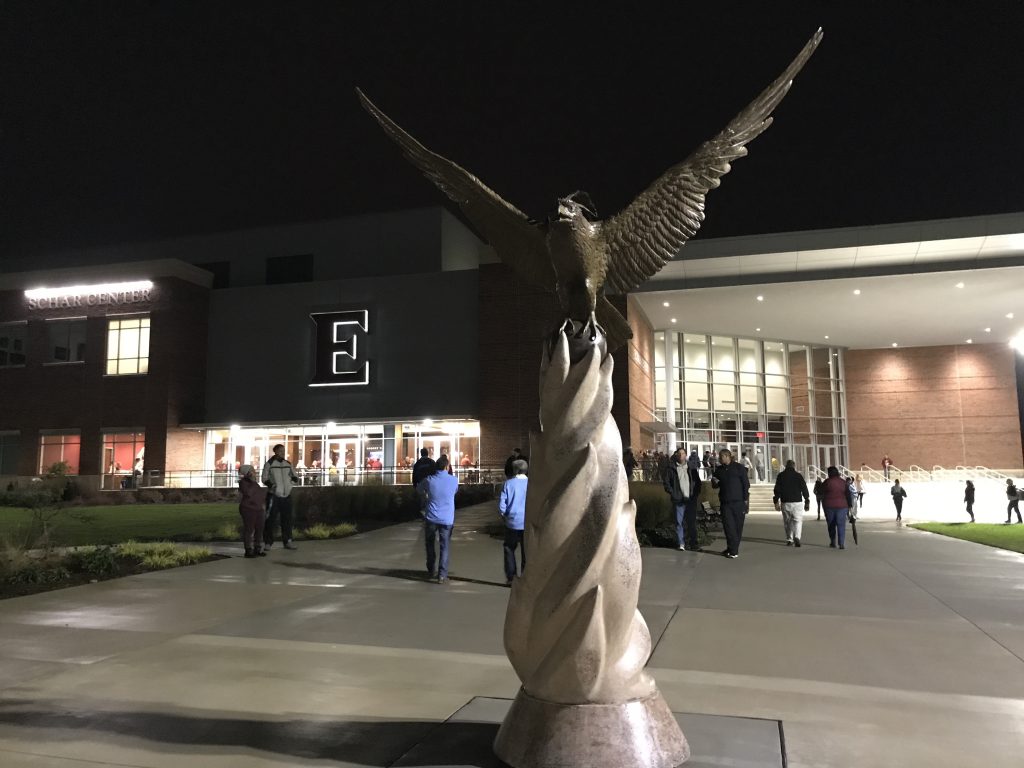 #8things from UNC vs. Elon

The UNC Tar Heels beat the Elon Phoenix, 116-67, on Friday night in what was the grand opening for Elon’s Schar Center.

UNC’s talent advantage made itself most visible on the glass, as the Heels outrebounded the Phoenix, 60-31. UNC grabbed 24 offensive rebounds while Elon only grabbed 21 defensive rebounds. That meant the Heels attempted 28 more shots throughout the game than Elon.

UNC’s rebounding edge was the primary difference in what was a frenetic first half, as both teams combined to shoot 56%, but UNC went into the halftime break leading 63-45.

UNC’s defense clamped down significantly in the 2nd half, as Elon shot only 16.1% from the field. It was the lowest FG% UNC has allowed in a single half in the Roy Williams era. The Heels lead expanded throughout the 2nd half and the final margin of 49 points was their largest lead of the game.

What’s it mean for UNC?

After scoring seven points in 20 minutes against Wofford on Tuesday night, tonight became Nassir Little’s coming out party. He scored 21 points and grabbed seven rebounds while shooting 9-13 from the field. And, once again, he did it all in 20 minutes.

After an offseason hip surgery, Cam Johnson has looked mighty good in his first two games of the UNC season. He added 21 points of his own tonight while shooting 7-11 from the field in just 17 minutes.

Kenny Williams has scored just one point thus far from this season for the Heels, but Roy Williams does not seem particularly worried about it.

Roy Williams on Kenny Williams' shooting struggles: "In the 2nd half he helped wipe up some water from in front of our bench, so I told him at least he got SOMETHING accomplished tonight."

(Roy is not worried about Kenny at this time, thank you very much)

What’s it mean for Elon?

The biggest Elon storyline of the night is easily the grand opening of Schar Center. It’s a spectacular facility that Coach Matheny has said makes it feel like he’s started a completely new job.

Steven Santa Ana: Playing here is a totally different atmosphere. Loved seeing all the students out there. Lots of fun. I can't say enough about how great this facility is. It was a fun experience tonight for sure.

On Tuesday night, Elon beat Manhattan College in what was a defensive slugfest. Tonight, Elon struggled mightily both defending and rebounding. If Elon’s going to make noise in the CAA this year, they’re going to need to play defense like they did in Manhattan and play offense like they did in the first half against UNC. If they can put it all together, they’re going to surprise some folks this year. You heard it here first.

Stats of the Game

NINETEEN players in tonight’s game played double-digit minutes. That’s a good reminder that it’s still very early in the season and both teams are still testing out combinations and rotations.

Roy Williams likes point guards who don’t turn the ball over. After struggling a bit against Wofford, UNC point guards Coby White and Seventh Woods combined for seven assists and one turnover tonight.

They don't call it "the house that Tyler Seibring built" for nothing, folks.

Tonight’s attendance was 5,245. I’m extremely curious to see what the atmosphere in this place will feel like during the remainder of this season’s home games. Obviously, UNC is a must-see game, but what kind of atmosphere will Elon students and fans provide on a random Tuesday night against Towson? I’m hopeful that they “if you build it, they will come” proverb is true.

After opening the season with two true road games, UNC will enjoy their home opener against Stanford on Monday night, Nov. 12.

During tonight’s game, I spotted an Elon student wearing a Stephen Curry Davidson jersey. I’m confident that it’s just a “cool” jersey to wear these days, but when I was an Elon student, Davidson was a Southern Conference rival of Elon’s.

Somewhat related: Tonight’s game was almost certainly the “toughest ticket” for Elon fans since Steph Curry and the Davidson Wildcats came to Alumni Gym in 2009.