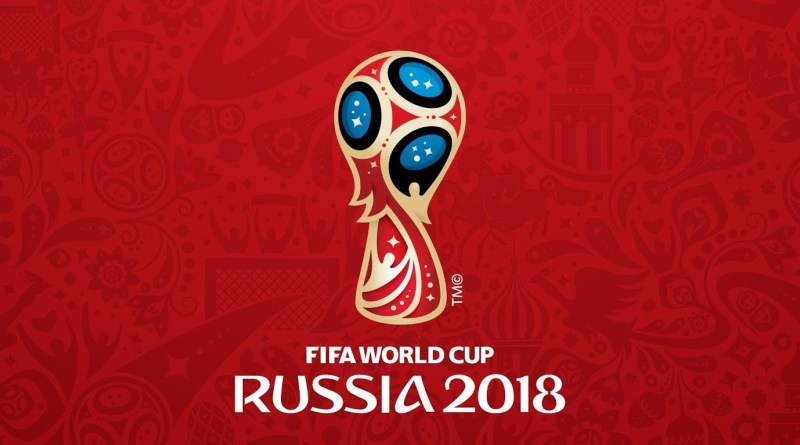 The FIFA World Cup begins this week, and there is no shortage of “Who to root for” guides around the internet for fans who want to enjoy the event, but usually just tune in to watch the US. It’s a nice thought to pick a team to support as your own since our guys didn’t qualify, but that’s not how soccer fandom works. Images of sports bars packed at 8AM to host a crowd of craft beer drinking, densely bearded Americans wearing France shirts and singing La Marseillaise might be what people think of with these “guides”, but none of that is going to happen.

When the US failed to qualify, we ruined any chance of having massive crowds in parks watching on a  big screen, or the sports bars, or the people sitting alone in their basements filming their reactions for YouTube stardom (who the hell records themselves watching a sporting event?). There are only two acceptable ways to watch the World Cup this year. One, in person … and Americans have purchased the 2nd highest total of tickets to the World Cup (more on this in a minute). And two, on social media. And we all know the only way to watch sports on Twitter is to watch it mad. And that’s where our H8ers guide to watching the World Cup on Twitter will come in handy.

Q: Why do teams just pass the ball back and forth and never look to attack?

A: Imagine it’s football where there’s only one down, you can only pass the ball downfield to score, and defenses are just dropping all 11 players in coverage. Those guys just passing the ball back and forth to buy time for receivers to get open.

Q: Why does everyone fake an injury?

A: There are no timeouts, and teams can only sub three times (and when players come off, they’re done for the game and can’t go back in). When that dude is being carried off on a stretcher because someone grabbed his jersey, coaches are calling in adjustments and 21 other players are getting water and catching their breath.

Q: What is the offsides rule?

A: Offsides occurs when a team you’re cheering against scores a goal. It’s caught about 30% of the time. Sometimes it’s incorrectly applied to when your team scores a goal.

Some quick do’s and don’ts about World Cup Tweeting:

Don’t: do that all in one Tweet. Use multiple tweets. And spell the player’s name right. Pointing out spelling mistakes is a favorite for Soccer Twitter. (bonus points – point out other’s spelling errors).

Do: use team’s nicknames as much as possible. Nigeria is the Super Eagles. Costa Rica is Los Ticos. Germany is Die Mannschaft. A full list of nicknames can be found here.

Don’t: talk about who you have advancing out of Group B, or that you predicted an upset in the round of 16. This isn’t March Madness. There will be pools and conversations like this online, but don’t engage. It’s a trap to smoke out soccer noobs. Just ignore it and move on.

Do: jump into arguments about who will win the Golden Boot. This is like the secret password into the private back room of Soccer Twitter. But don’t pick Messi or Ronaldo. That’s who a narc would pick.

Don’t: be confused about hating El Tri with every fiber of your being. Here’s a chart using college basketball to help explain … 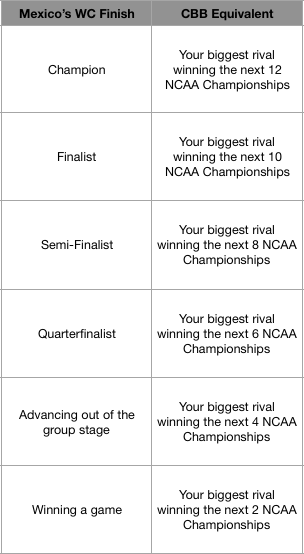 Do: refer to them only as El Tri and don’t tweet anything about Mexico unless you want your mentions to be overrun by Russian bots and tweets about walls and MAGA. It’s the right thing to hate El Tri and want nothing but failure from them. Mexico itself is a beautiful country with fantastic people, most of whom have never thrown trash or bags of piss at opposing players during corner kicks or shouted slurs in unison like it was a “de-fense” chant.

Now that we have that covered, here’s what you need to be mad about on Twitter to truly fit in as a soccer fan during the World Cup:

The US Men’s National Team

Whether you go with blaming Sunil Gulati (the ex-president of US Soccer), Jurgen Klinsmann (the ex-coach), Bruce Arena (the ex-interim coach) or an entire generation of crybaby, entitled porcelain snowflakes (use any name from the roster from 2018 World Cup qualifying, remove anyone from the rosters from US friendlies post-Arena being fired, remove Clint Dempsey and Tim Howard, add Landon Donovan), any combination of the targets you’re left with is acceptable.

Any suggestion about what US Soccer needs to do differently

Solutions?  LOL  Nah, fam. That’s not how we do things in Soccer Twitter. So anyone posting suggestions about fixing the youth system or where our guys need to be playing professionally is an idiot and should be treated as such. No matter how much sense their suggestion may seem to make, they are an idiot. Trust.

Someone is going to do it, so be prepared. Someone is going to tweet some nonsense like “I’m so glad we didn’t make the World Cup so I don’t have to read Tweets about people pretending to care about soccer.”  Hey asshole, you know what we do with things we don’t care about? We don’t tweet about them. And yet here you are tweeting about it. Go back to Barstool where you feel like gay-hating, high school chick-loving, man card-carrying white dudes are the majority. America is so apathetic towards the World Cup that we went and bought the 2nd most tickets in Russia out of any other nation (told you we’d come back to that).

Now look … there are some undeniably difficult things to get into about soccer, especially international soccer where there’s such a tendency to play not to lose. The magnitude of the World Cup makes it a great event, but being completely honest, professional soccer is 1000 times more enjoyable to watch. The World Cup can be cumbersome to watch. But it makes you look stupid when you call it “kickball”, or that you think that soccer-enjoying people are some small, fringe minority like Civil War re-enactors or people who still read newspapers. Just be wrong in silence, or keep it in your little bubble where people think that kneeling during the anthem is a protest against our troops.

And don’t get me started on the “what if America’s best athletes played soccer” bullshit. You think if LeBron played with Katie Ledecky instead of George Hill that the Cavs would have won?

Fox is awful at covering soccer. Discuss this at every opportunity.

It’s unclear if England invented the game, but they certainly adapted it into the game we see today, and are responsible for the popularity of the sport around the globe. They have the most well-known professional league on the planet. They also have as many World Cups as the Washington Capitals have Stanley Cups, and they won that one 52 years ago. Chelsea’s Gary Cahill was 2 years old at the time (Use that joke on Twitter, it will kill. Trust me.) They’re going to lose again this year, and when they do, point out what a massive disappointment English soccer is.

Instant replay will be in use in the World Cup and it’s awful. Never mind that it’s probably a really good move for a game that’s incredibly difficult to officiate and also susceptible to … well, we’ll just call it controversy. But yeah VAR sucks. You hate it. Run with it.

They’re all bad at their jobs, and there’s a 90% chance they’ve taken a bribe.

The Adidas Telstar 18 is the official match ball of the World Cup. It bounces too high and flies unpredictably. Just like every World Cup match ball ever. 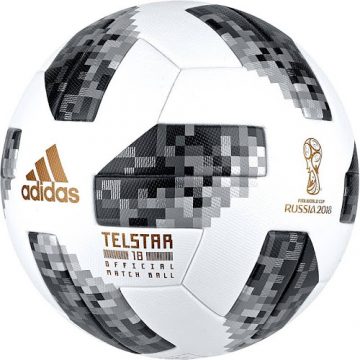 Spain. Brazil. Germany. France. Oh man it’s so delicious when they start to drop out of the tournament.

Sure, FIFA. Your event is definitely better with Iceland than it is with The Netherlands. Or Italy. Or the US. Fix your qualification process.

Belgium. Colombia. Croatia. Basically nobody wants anyone to win.

How did Russia have time to fix both the World Cup selection process AND the American election?

Man they really over-watered/under-watered the pitch before this match didn’t they?

Picture Draymond Green, but if he’d intentionally dislocated LeBron’s shoulder in the first 10 minutes of Game 1 of the NBA Finals. 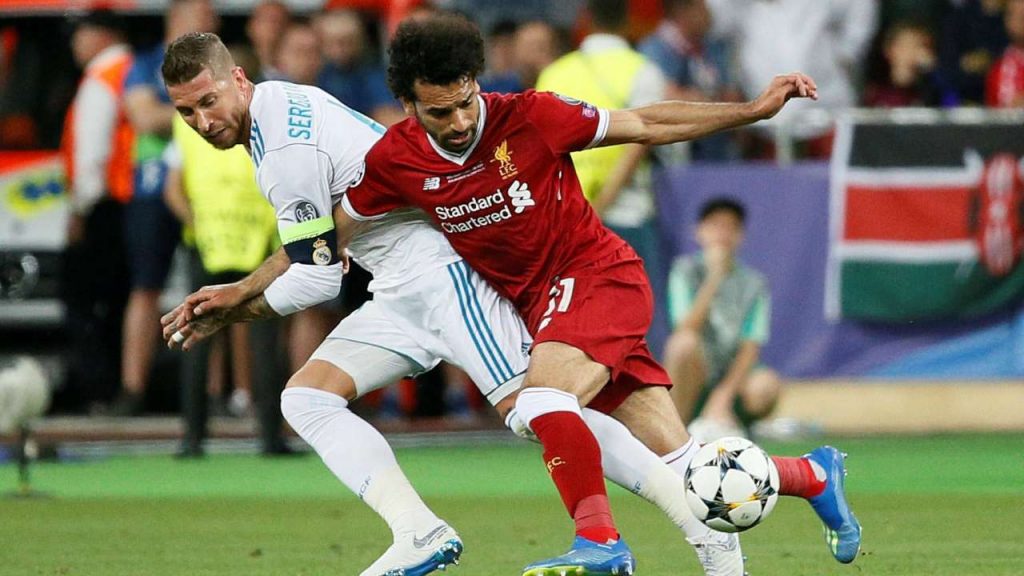 It’s the dumbest game on the planet. (reserved for times where a team dominates the entire match and loses 1-0)