As baseball and soccer become the main focus of the sports world (look, it’s what we have…deal with it), journalists are killing time before they can give you their college football previews–but that doesn’t mean they aren’t still cranking out good work. Here’s some of the best:

-Despite falling 3-2 to the Houston Dynamo of the MLS in the US Open Cup, NCFC continues to bolster their case for an MLS bid. This week following the loss, Luke DeCock of the News and Observer wrote a piece that hinted at where the new stadium may be built.

“While a downtown location would be ideal, the vacant land between Six Forks and St. Albans Drive next to North Hills seems like a logical spot…..” 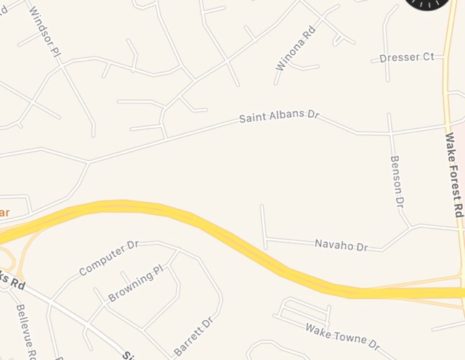 Personally, we’d prefer the stadium to be built in downtown Raleigh. But there are a lot of affluent, white soccer moms living in Kanetown (formerly known as Midtown), and the allure of being close to them might prove too great.

-Last week the Big Rock wrapped up in style as Run-Off easily won, reeling in a 533.8 pound Blue Marlin–and then, you know, not getting DQ’ed for not having a fishing license. Run-Off ran off with the largest cash prize in Big Rock history, totaling $1,161,450. WRAL got footage of the marlin being hoisted up at Big Rock Landing in downtown Morehead City.

-Although 3 months remain until college football gets underway, Chip Patterson at CBS Sports has plotted out how many games each team will win. I love what Chip does, but I disagree with the 5.5 victories he awards to the Deacs. Dave Clawson led Wake to 7 wins and a bowl victory with a LEAKED playbook. No way they win fewer games this coming year. 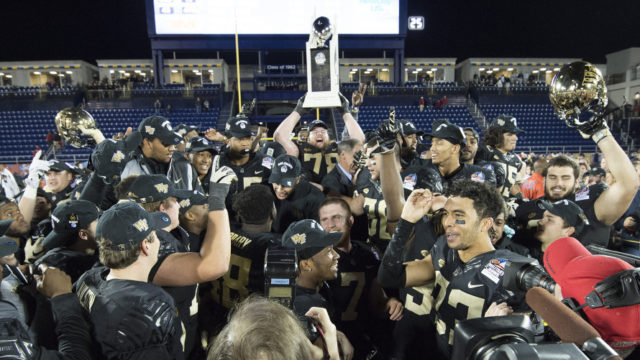 -Stretching the boundaries of “NC related news” to include our ACC brethren Louisville, who found out their punishments for the stripper scandal last week. Want a direct NC tie? Rick Pitino was suspended for the first 5 ACC games next season….meaning there’s no way Duke or UNC will face Louisville in the first 5 ACC games next season. Here’s Louisville beat writer Jeff Greer giving his thoughts on the verdict.

-Finally, with the NBA draft right around the corner, Hornets beat writer from the Charlotte Observer, Rick Bonnell, noted that Luke Kennard and Justin Jackson should not have priority over other prospects because of their NC ties. We disagree and think that’s exactly why the Hornets SHOULD favor them, but…..Bonnell is probably right.

-ALSO: late addition to this week’s media, as the Buzz Beat podcast went into emergency mode to fire off a podcast reacting to the Dwight Howard trade to the Hornets. Our man Brian Geisinger was part of the scrum.

Tweet of the Week: Earlier this week, KJ Smith, the son of Carolina legend Kenny Smith, announced his transfer to his father’s alma mater on Twitter donning a throwback jersey his father wore.