By God, someone had to, and Nyheim Hines made sure it was State.

What People are Talking About?

While things were fairly gross for most of the early going, Hines pulled NC State out of the muck with two huge runs through UNC’s defense on back-to-back drives for NC State late in the third and early in the fourth quarter. State would never trail again. Hines managed 202 yards on the ground for an average just under 9 yards per carry.

What People Should be Talking About?

NC State has won 6 conference games for the first time since 1994, when Mike O’Cain was the head coach. Amato couldn’t do it with Rivers. O’Brien couldn’t do it with Russell or Glennon. Doeren is obviously working to build something here, even if some head-scratching moments remain. He’s also rewriting the game on whether or not having an effective placekicker is at all important.

See you down the road, my friends! pic.twitter.com/dYryGILkdq

NC State fans have made their feelings known about the recent N&O beat writer shuffle. We won’t get into all that, but we will say that Joe has brought tremendous value to the coverage of NC State and we look forward to seeing what he puts together as he takes his talents west to Chapel Hill. 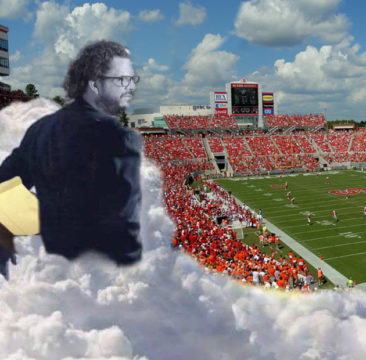