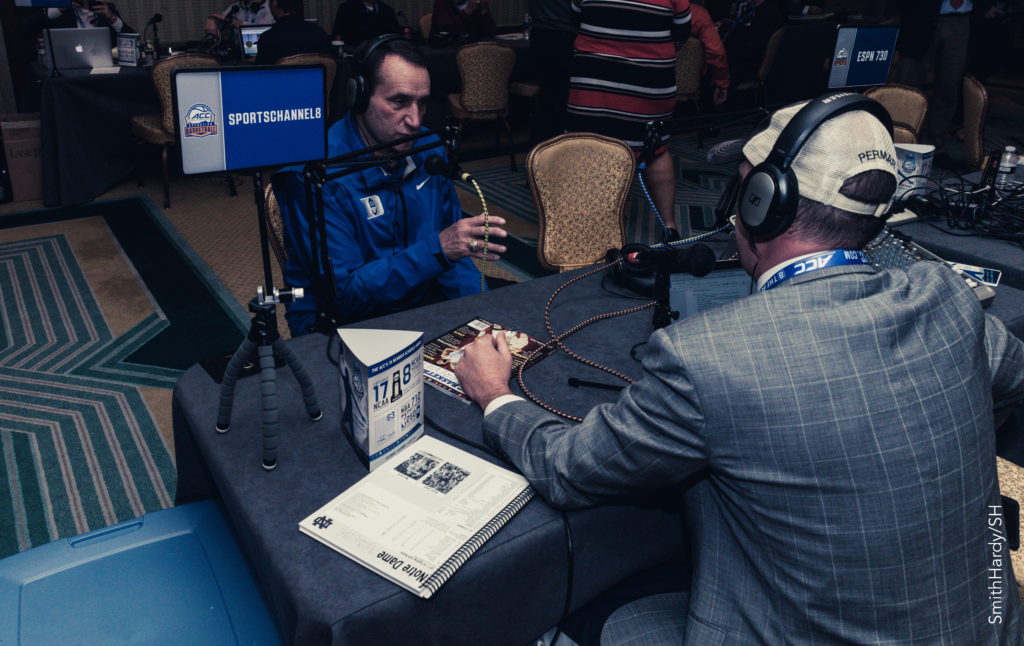 College basketball is not broken.

Yes, I know that every story coming out of media day offers up quotes from all 15 coaches talking about various ways to fix the system because every reporter in Charlotte came with that column pre-written with various blanks to be filled by those quotes. And I get it. I really do. There’s a story there.

Three of the league’s Hall of Fame coaches have been entrenched in scandal for years with one celebrating a national championship and no sanctions, one dealing with a chunk of his legacy vacated by the NCAA, and one unemployed. Of course the coaches are going to be asked about “the system”, and of course they’re going to give an answer.

But each of those answers, to varying degrees, point back to the “kids” who play the game. “This is about the welfare of the young men that we’re recruiting,” Virginia coach Tony Bennett commented to ESPN. But what do the young men think?

Louisville’s Quentin Snider sat down with Sportschannel8 on Wednesday and gave some insight into how the players are dealing with the “system.”

“That thing” that Snider mentions is perhaps the biggest story to hit college basketball in ages. Hall of Fame coach Rick Pitino was fired with cause by Louisville for a series of scandals, most recently dealing with his involvement in a plot to funnel Adidas money to a high school basketball player to get him to attend Louisville. “That thing” triggered thousands of think-pieces, hours of ESPN content, and led to the creation of a committee to address the issues ruining college basketball.

Conversely, the Louisville players, the group of individuals impacted the most by the outcome of the scandal, went to conditioning. “Like nothing happened.”

Comparing Snider’s story to Bennett’s comments, and to be fair to Bennett, every single coach has their own version of “it’s about the kids”, there’s something about it that feels very similar to the age-old lie of “call it both ways, ref.”

No coach wants the game to be called fairly, they want the scales tipped towards their team. There are a handful of coaches/schools in college basketball who are powerful enough to command the attention of recruits without blatant cheating, and it forces the other 99% of coaches to make the decision to cheat to keep pace, or find a different way to be just successful enough to stay employed by managing the expectations of their fans. That’s how the game works.

When we talk about “fixing” college basketball, we’re talking about ways to make sure the NCAA gets a taste of any money that exchanges hands, and about ways to level the playing field between the coaches who cheat and the ones who manage expectations. To the “young men” these coaches use to push the needle in their favor, it was clear what matters to them from their comments at media day. They want an education (yes, 90% of the players mentioned something positive about classes when telling us stories), they want to be a part of a team that will become lifelong friends (yes, Dennis Clifford still goes back to visit Boston College to eat dinner with his old teammates), and they want to play basketball.

Nothing seems broken about that.