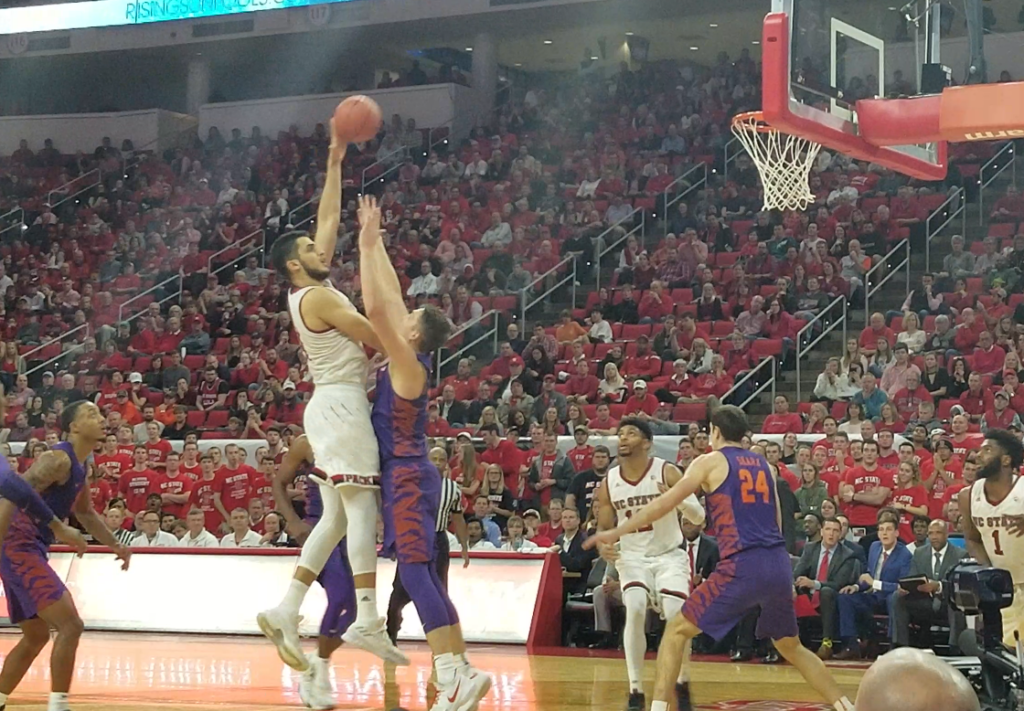 Clemson overcame a 12 point deficit in the final 1:34, only to miss a game tying FT with .02 seconds left to hand NC State the victory. Kevin Keatts watched as Clemson’s Devoe nailed the first 2/3 FTs, then called a timeout to ice him. Turns out, place kickers and shooting guards alike aren’t immune to the

NC State was able to follow up an incredible win over No. 2 Duke with a win over another Top 25 ACC opponent. This is the first time that an NC State team has won the game following a Duke win since 2007.

Also…new coach, same ole’ NC State–if you’re looking for a team that lets double-digit leads evaporate with less than 2 minutes left in a game, look no further than the Wolfpack. Questionable calls during that final minute aside, State’s turnovers, of which there were only four on the night, and missed FT’s down the stretch nearly cost them a big win. BUT, unlike many Wolfpack teams of the past, they withstood the run and came out on top. Give Kevin Keatts a ton of credit for this added resiliency.

What Should People be Talking About?

Where has this Om3r Yurts3v3n been? After a ACC-career high against Duke (16 points), Yurts3v3n went 5/6 from 3-point (now you g3t it) and finished with 29 points, 4 blocks and 4 rebounds. When asked about his tendency to be timid last season, Keatts said of Yurtseven, “He’s [playing with] freedom and confidence…his teammates trust him.” 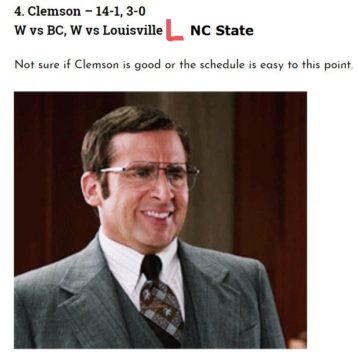 Now we’re not sure sure if Clemson is bad or if the schedule is harder all the sudden.

“I know the biggest question everyone had coming into this game [how State would respond after Duke]: I thought we answered the bell.” -Kevin Keatts, channeling his inner Zack Morris

What did you tell the guys in the locker room (after nearly losing the lead): “Get used to winning.” -Kevin Keatts

For NC State, let’s hope it’s another ranked team at home…or Virginia on the road, that’s cool. The  Pack heads up to Charlottesville Sunday to take on the No. 3 ranked Cavs. State will try to win its fourth game against a ranked opponent this season.

For Clemson, probably a nice dose of reality.

90s night at NC State? Keatts and Yow are all smiles after State takes down Clemson. pic.twitter.com/mMjacjvK6C

90s night was a huge success at PNC, as Debbie Yow’s choice for Head Basketball Coach seems to be so far.