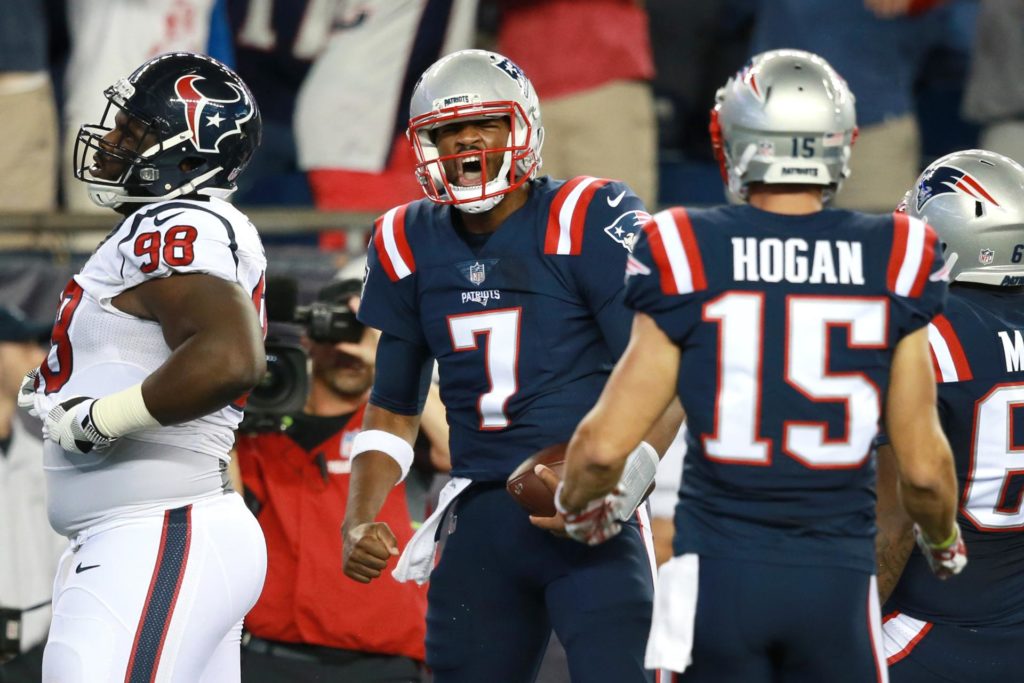 Jacoby Brissett had no problems leading the New England Patriots to a win in his first NFL start. While Bill Belichick is getting most of the national credit for a commanding win with a 3rd string quarterback, in North Carolina, we know it’s all about the U. Quarterback U, that is. NC State has a knack for putting quarterbacks into the NFL. In fact, the Wolfpack can claim more quarterbacks in the NFL than head coach Dave Doeren can claim home ACC wins. In Doeren’s defense, there are not varying degrees of responsibility for those wins. When looking at the NC State NFL quarterbacks, however, the picture becomes a little blurry.

Here is our power ranking of NC State NFL quarterbacks … ranked by the legitimacy of the connection to NC State. 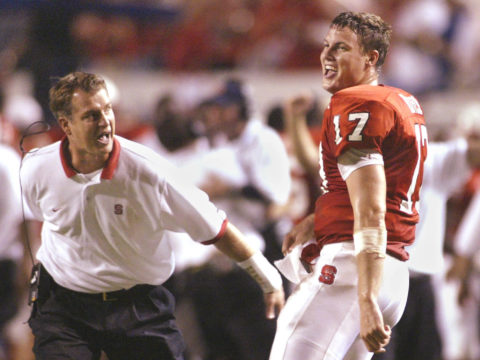 Phillip Rivers is NC State through and through. One of the best college quarterbacks in the history of the game, Rivers rewrote the record books during his time in Raleigh and brought us one of the most fun eras of Wolfpack football ever. He swaggered and trash-talked his way through the ACC, leading the Wolfpack to the edge of greatness on several occasions before completely shitting the bed (looking at you, Maryland game), and there’s nothing more NC State than that. 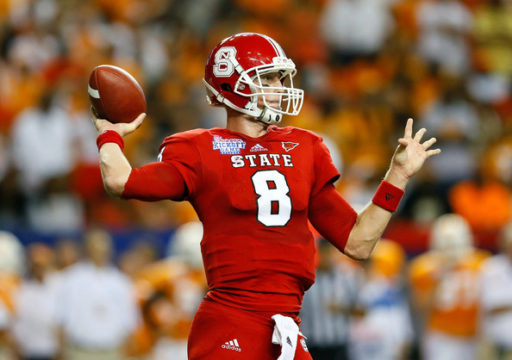 Nothing, and I mean nothing, is more memorable than Mike Glennon’s senior year. Backing up a bit, the reason Glennon was even around for his senior year was that Russell Wilson decided to transfer to Wisconsin, avoiding the inevitable transfer of Mike Glennon that would have left the Wolfpack without a quarterback for the 2012 season. The Pack had the eyes of the college football world on opening day, but blew a chance against Tennessee in the Chick-Fil-A kickoff game in Atlanta. NC State then blew a second chance when David Amerson threw the Miami game (prove me wrong). Next, of course, NC State upset #3 Florida State at home to grab back all of the momentum before punting to Gio Bernard in Chapel Hill with the game tied near the end of regulation. Ultimately the season got Tom O’Brien fired, and now Glennon sits behind Jameis Winston on one of the worst teams in the NFL. 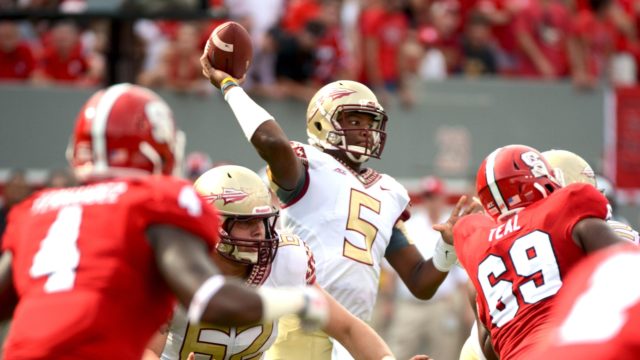 That’s okay though, because Winston checks in at #3 in our Wolfpack QB power rankings. Fellow Atlantic Division participant Jameis Winston won a national championship and a Heisman trophy during his ACC career, and helped turn Florida State into a juggernaut during a two-year stint when Duke won 19 games and a Coastal championship. This launched a great debate from Raleigh regarding the fairness of the divisional structure in the ACC, a debate that only grew stronger in 2015 when North Carolina won the Coastal while Clemson reached the national championship. Also, if Mike Glennon was behind a Coastal quarterback on the depth chart, he’d probably be starting. 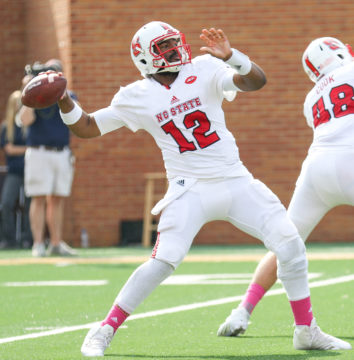 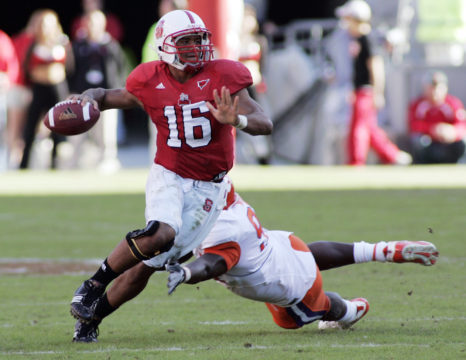 Ah, the great Brissett/Wilson quandary. Can NC State lay claim to a quarterback who transferred to another school while also laying claim to a quarterback who transferred from another school? It’s a complex argument that can easily be resolved with one simple response … “Why the hell do you care so much about what State fans are doing if you’re not a State fan?”

Counterpoint, however … “Why are you wanting to be associated in any way with the Seahawks or Patriots?”