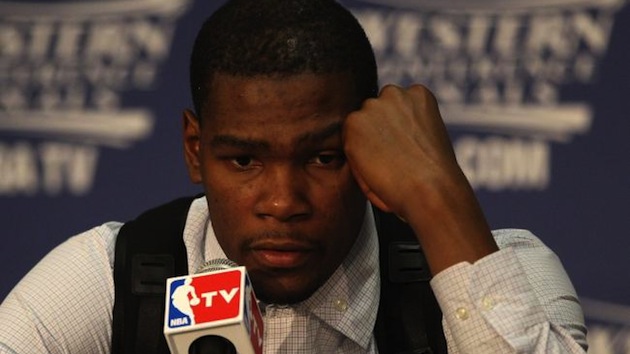 We would like to welcome you to the debut story from our newest contributor Brenden Whitted, who will be helping with with NBA content in 2016-17. You can, of course, also refer to him as Research, and catch him all season long on the SportsChannel8 NBA Podcast with Stat Boi. (Ed. note: This story was actually filed two days ago, but our NBA editorial staff was still in recovery mode from our J.R. Smith-inspired offseason. You should be honored by our lateness.)

I suppose this is how kids feel when they find out there is no Santa Claus (my parents weren’t down with the narrative of giving a white dude — jolly or not — credit for the getting me and my brother gifts every year). The offseason juggernaut is dead, and so is the hope for an undefeated season (yeah, it was dumb, but certain sports books were actually giving odds). The Golden State Warriors lost handily to the San Antonio Spurs on opening night. And while losing to the Patriots, er, Spurs isn’t usually embarrassing, the overwhelming fan reaction to the L shows the impossible amount of hype associated with the Dubs. As season ago, the team that didn’t lose until the 25th game (a not at home until April 1) just did both before the new car smell had an opportunity to dull.

So…now what? How much should be extrapolated from a 20-plus point loss that was never really close?

1.) The Spurs are going to be way better than I thought. Kawhi Leonard initiated the offense with a comfort I hadn’t previously seen him display. Suddenly there’s another guy (along with Damian Lillard, Russell Westbrook, James Harden) I’ve got on my potential MVP watchlist.

2) The Warriors conglomerate will take some time to gel. I assumed because Kevin Durant is a multifaceted player joining other similarly-equipped guys who have already been playing together, there wouldn’t be the lag we saw when the Heatles got together. Outside of the Golden State’s most-prominent four, the rest of the Warriors combined for a grand total of eight points. 82 games is a long road to hoe, and the supporting case will need to contribute more if they plan to hang another banner at Oracle. The starting five actually outscored the Spurs’; so rebuilding a bench that lost Mo Speights and Leandro Barbosa, added David West and JaVale McGee (lol) — and more prominently features Summer League savant Ian Clark — will take some time. Of course, Shaun Livingston and Andre Iguodala are back as second gang stalwarts.

3) GSW will have their fair share of “Mayweather watchers” — people tuning in solely to see them lose.

4) Jonathon Simmons is an athletic do-everything guy that will make the Spurs defense insane once Danny Green is healthy. That’s quite a feat for a team featuring Pau Gasol, Tony Parker, and Manu Ginobili.

5) David West must’ve walked under a ladder while breaking a mirror and opening an umbrella indoors. If he doesn’t win a chip this year after skipping out on millions for the second consecutive year to go to a title contender, he’s gotta just give up, accept his fate, and join the 76ers. Opportunity cost is a real thing, man.

The first few nights of the NBA season are down, folks. Time to wildly overreact!