Last year, the Louisville Ladybirds electrified the Greensboro Coliseum crowd with hands-down the best dance team performance at the 2015 New York Life ACC Tournament. This year, there will be no dancing for the Ladybirds or their favorite basketball team as the Cardinals announced a self-imposed post-season ban in a surprise press conference on Friday afternoon.

It won’t be difficult for the ACC to figure out the impact to this year’s tournament bracket as Syracuse’s post-season ban of 2015 limited the field to 14 teams. The new schedule will be as follows:

The biggest change for North Carolina schools is the shift for the #10 seed from Tuesday to Wednesday. With Louisville as the #2 seed right now, nearly every team in the conference will move up a spot in the seeding, which is great news for Duke who currently sits in 7th place (excluding Louisville), with two full games separating them from the 10th place Virginia Tech Hokies heading into Duke’s toughest stretch of the season.

North Carolina State is the new 12 seed, but would need to pick up two full games to reach the 10th spot to move out of the opening round.

Socially, if the ACC follows the same schedule as last year, the final game on Tuesday will end around 5PM. The removal of the night session for the opening round will mean an early start on #GetWetTuesday, which may be the only silver lining coming from today’s news for ACC fans.

Tournament goers will likely snag any lower level Louisville seats on the secondary market, but with the Cardinals placed in the corner, it’s unlikely to have a major impact on scalpers. 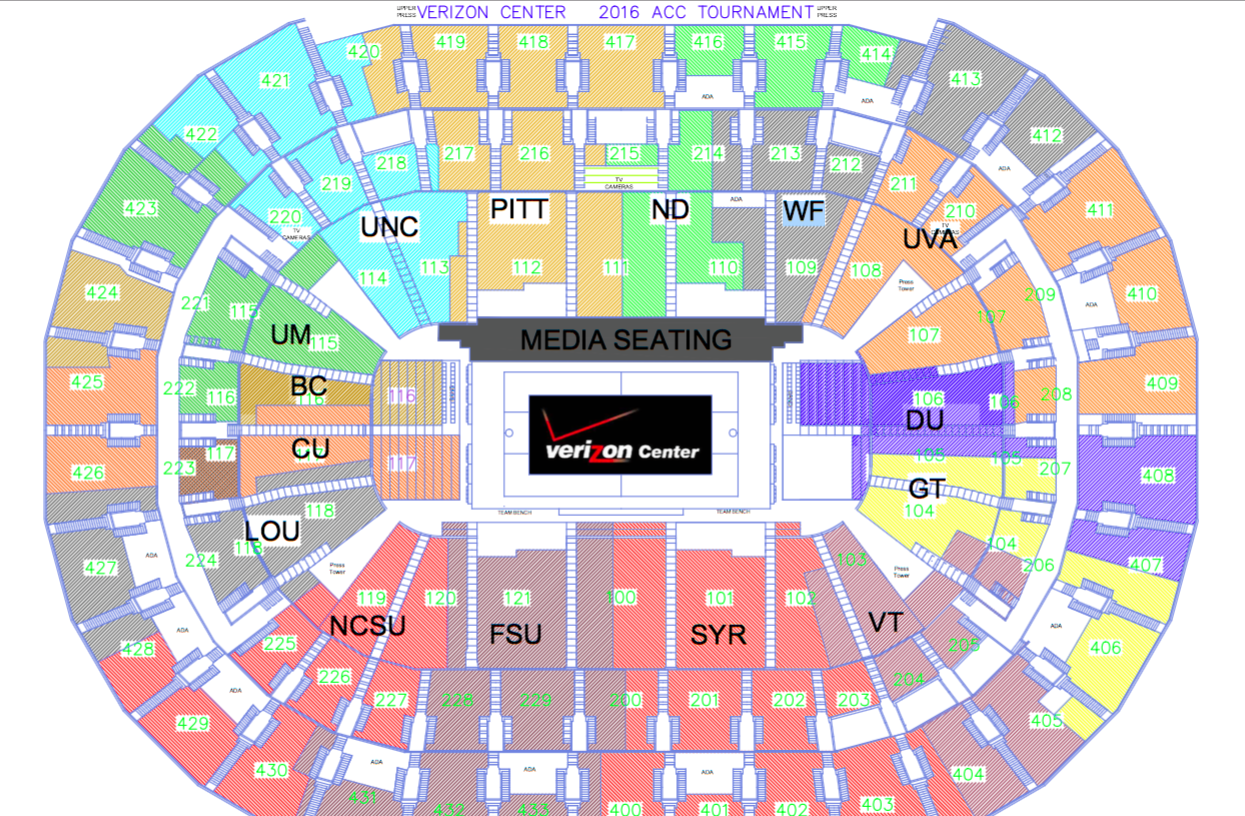