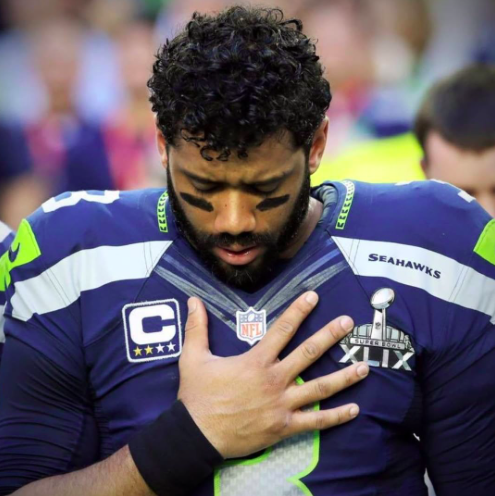 It’s easy to dislike the Seattle Seahawks. And we’ll even be totally honest by admitting that most of it has to do with the Seahawks being a good football team that often stands in the way of what the Carolina Panthers are trying to accomplish, but they make it so easy to beyond football reasons. Their coach is a 911 Truther. Their fans … well, here’s an example of their fans. 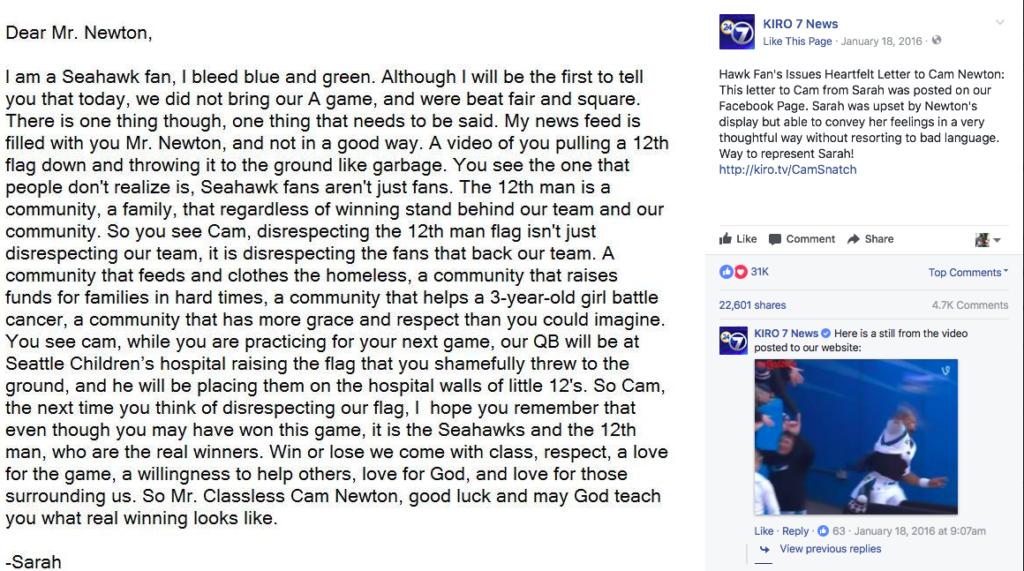 And don’t get us started on their quarterback. There’s the time when Russell Wilson praised Recovery Water, a product in which he invests, for preventing concussions. Then there’s the other time where he plagiarized a love note to Ciara on social media by Googling “how to describe a beautiful woman” and copy/pasting the first search result. Oh, and also the time he made up ‘a whole pack of bullshit’ about his time at NC State during his commencement speech to the University of Wisconsin.

Russell Wilson with four interesting stories from his time at NC State during his Wisconsin commencement address pic.twitter.com/YDR8tFfpCW

What’s even more interesting is that the Seahawks have been in discussions with Colin Kaepernick, who not only has the tools to challenge for the starting spot in Seattle, but also has proven to be a quarterback who teammates stand behind. There aren’t a lot of differences between Wilson and Kaepernick on the football field as both are good passing quarterbacks with the ability to make a play with their feet if needed, but there couldn’t be more differences between the two in the locker room, with the media, and away from football. Simply put, Kaep may be the realest player in the league, and Russ is a creation based on his, or someone else’s, perception of what a quarterback, celebrity, and role model should be. The cracks emerging in the exterior of the Seahawks are intriguing, and we’re excited to see more.

Even the public attempts to put on a smile are obvious cries for help.

I love @DangeRussWilson great teammate n friend and even better human .I was at his house last week and he gave me BBQ ribs

If the best that can be said about someone is “he gave me BBQ ribs”, that’s a clear message that everything is not okay. Besides, they were probably mustard based. 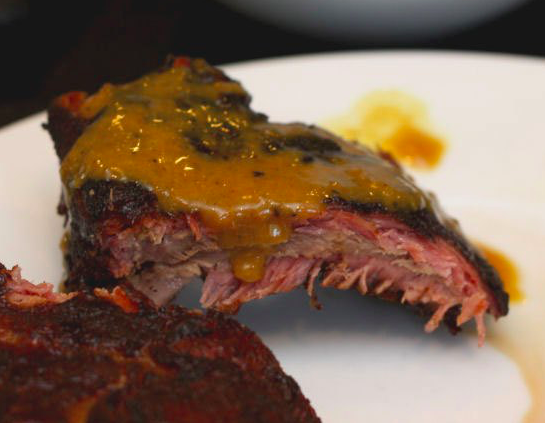