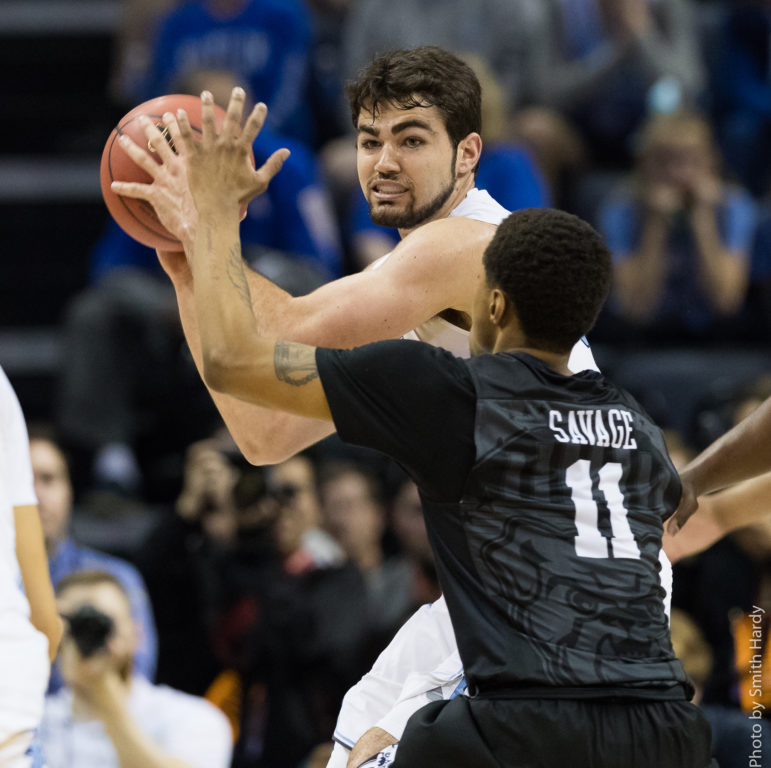 GIF: Maye probably will never have to pay to eat in Chapel Hill ever again

What will people be talking about? Luke Maye

What should people be talking about? How UNC called a timeout late that resulted in a UNC 12-0 run and then did NOT call a timeout to set up a final shot and thus we had the Luke Maye buzzer beater. This Roy Williams guy can coach. Weird huh.

What’s next for these teams? UNC advances to the Final Four where they will play Oregon while Kentucky:

Calipari’s first remarks: “It’s amazing that we were in the game when they practically fouled out my team”

“8 is wild”: As always we send our guy Hayes Permar to cover games and he is contractually obligated to do a song. He delivered as always.

We ALMOST made it through the Regional Finals without going for the easy Marc Cohn bit.
Then Luke Maye happened.
“Walk-On In Memphis” pic.twitter.com/ucBFjYSklV