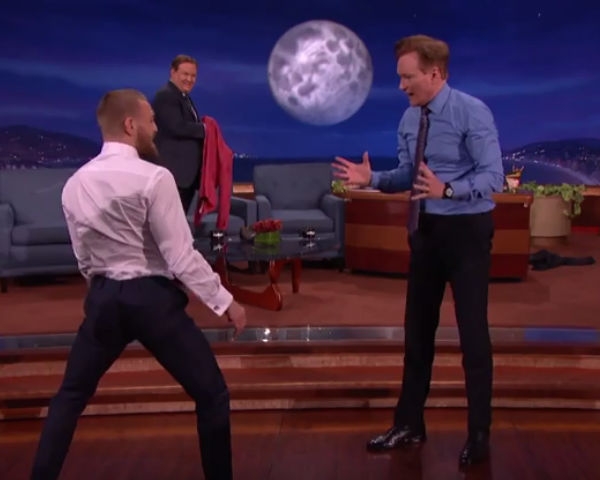 On the Saturday of the Mayweather-McGregor fight, we turn the controls over to SportsChannel8’s senior boxing correspondent Brenden Whitted.

You can find Brenden on Twitter @WBHUAlum, or as one-third of the mighty #LeaguePassLair.

Here’s Brenden on the fight: styles, strategies and a prediction.

For better or worse, Conor McGregor and Floyd Mayweather will draw lots of attention. Some interested viewers will be new to the sport of boxing. So here are some things to look for in the fight that might further clarify what exactly is going on in the ring Saturday night.

McGregor has never fought a professional boxing match. As a result, he has never fought 12 rounds (three minutes each). In the UFC, fights are a maximum of five, five minute rounds. Mayweather is one of the best conditioned athletes the sport has ever seen; he routinely walks around at his fighting weight and is training even when he isn’t prepping for a fight.

As such, McGregor has zero chance at simply outlasting Mayweather to earn a decision on the three judges’ scorecards. Boxing is judged on a 10 point must system — meaning one of the combatants will get a score of 10 out of necessity. Rounds are scored on clean and effective punching.  He can’t outpoint Mayweather. He’ll likely come out swinging and force the action, attempting to corner Mayweather and reduce his area of escape — giving him a chance at a knockout.

The fight is going to be at a 154-pound weight limit. Mayweather weighed in at 150; McGregor at 153. Some have estimated McGregor will be 15-20 pounds heavier.

McGregor is the bigger puncher (it is important to note that he has been fighting with four oz gloves for the duration of his UFC career, and will be fighting with eight oz gloves against Mayweather). Moreover, Mayweather is known for his defensive prowess, and will likely pick and choose his points of battle in the ring. McGregor wants this fight in a phone booth, Mayweather will use his ring generalship to dictate the fight.

Mayweather is the best counter-puncher of his generation. With McGregor forcing the action because of his size advantage and conditioning deficit, Mayweather will be facing an opponent that is perfectly suited for his strengths. Even so, Mayweather is a notoriously slow starter; can the novice McGregor capitalize?

For McGregor’s part, he is over a decade younger than his opponent. There is a reason that there is no senior tour for boxers; it’s a young man’s sport.

And Mayweather has the reputation of a defensive fighter, in part, due to his incredible reflexes.  Not only is Mayweather 40 years old, but he hasn’t fought in nearly two years; both things can have a deleterious effect on the ability of a boxer to react. Perhaps McGregor can catch the aging, rusty champion with a big punch—it is a boxing match after all, and the phrase “a puncher’s chance” exists for a reason.

Ultimately there will likely be fireworks early in this short fight. Mayweather hasn’t had a knockout since 2011. I can’t think of a better way for him to get his 50th (and likely final) win of his career than putting McGregor on his back.

Prediction: Mayweather wins by KO in round 6.