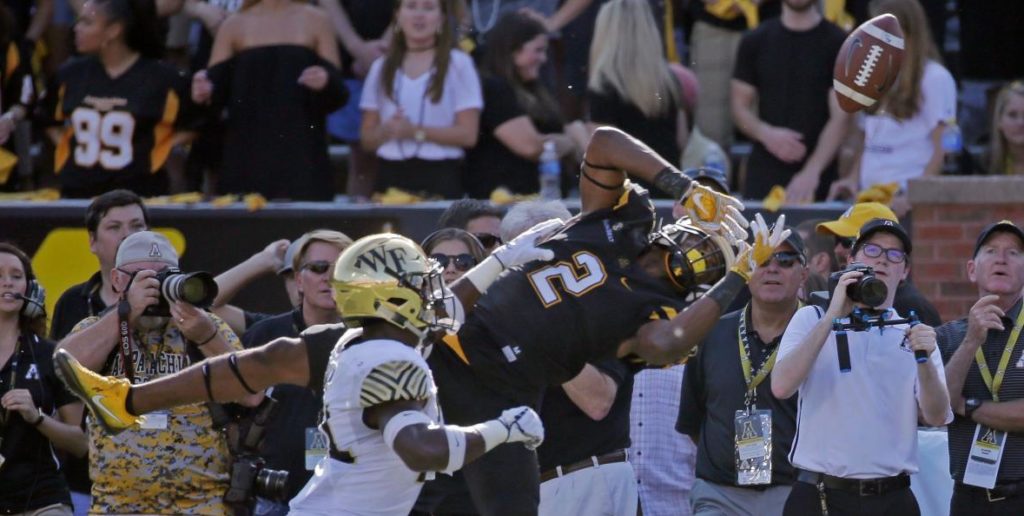 Wake Forest blocked an App State FG attempt at the end of the game after they sleepwalked through the first half and were lucky to not be down 17-3 at halftime.

Wake Forest is undefeated heading into the meat of their conference schedule.

Wake struggled quite a bit when the opposition’s ability and talent level was a little higher. They’d dominated Utah State and Presbyterian and that’s great, but the ACC is quite a bit different (BC notwithstanding). The playcalling in the first half was predictable and unimaginative and App was simply better. Not every fanbase will be there to spit on someone to provide a spark.

Greg Dortch: "I feel like the first half, App State did a great job of just humbling us. I feel like we needed that."

Did you hear the call on that Wake Forest-App State ending? It sounded eerily familiar….. pic.twitter.com/dUUqvXA7Pt