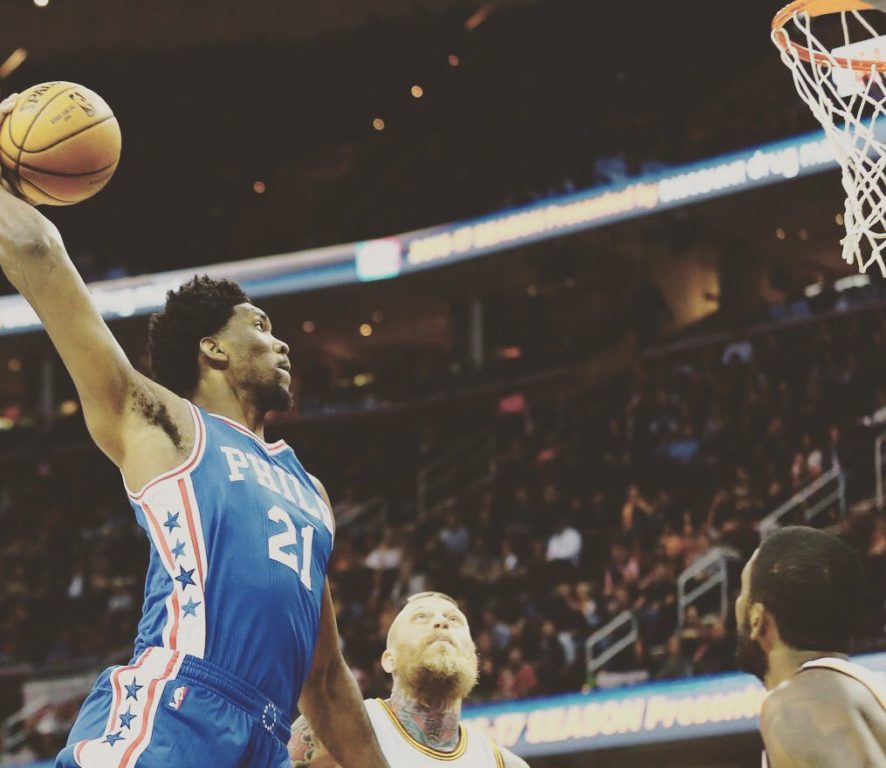 Our beloved Brenden Whitted — aka Research — is back for another rambling of whatever’s on his mind. Today’s sports soup du jour is the topic of the NBA All-Star game and centers — THE BIG FELLAS. (I just hope he realizes that if Joel Embiid got a roster spot this season it would’ve probably taken the opening now occupied by our Kemba Walker). Regardless, here’s Brenden on the versatility on the NBA’s center position.

Ok, yes. This is an All-Star snub piece. But before you go running for the hills, scared of embracing debate, realize that this is less about “who” got snubbed, and more about what got snubbed.

The NBA center is back. In 2012, the NBA put the death knell in the Center position. The designation was replaced with a general backcourt/frontcourt option after the likes of Jamaal Magloire were shoehorned into the Association’s showcase. There was a bit of pushback about the NBA’s move, but there was a general consensus that the position was in a poor state of affairs.

But as the point guard position has gone through its Golden Age, the pivot position has quietly risen from the dead, or maybe, it never even left. The position offers something for everyone. If you want the dominating physical marvel you have Andre Drummond, Mason Plumlee, or DeAndre Jordan–all of whom rim-run and are frequent loiterers on highlight shows for their jaw-dropping dunks and giggle-worthy blocks. If you desire a smooth big that can make plays like a guard from the perimeter, Joel Embiid and (The current Godfather of the genre) DeMarcus Cousins — the most dominant big man in the league.

If you want a pick and pop guy or someone who can facilitate at the elbows: Marc Gasol, Brook Lopez and Myles Turner are right up your alley. And this renaissance isn’t just for the new guys, Pau Gasol and Dwight Howard are good to induce a touch of nostalgia. Not only is there the variety, but depth as well — I haven’t mentioned Al Horford, Kristaps Porzingis (who spends a lot of his time at the power forward position too), or Steven Adams who can do multiple things in addition to their traditional back-to-the-basket games.

With this resurgence, it’s time that the All-Star game alter the voting again to carve out two spots for a center. Simply having forwards/frontcourt designation is patently unfair to centers, who won’t be voted in because their game is never as flashy — leading to an inherent inequality (don’t believe me, then explain Paul Millsap over Embiid — the most charismatic big in the League). Wilt Chamberlain famously quipped that, “No one roots for Goliath,” and The Stilt was dead on.

So let’s stand up for the Big Guys, Sports Channel 8 Nation. They’ve earned it.