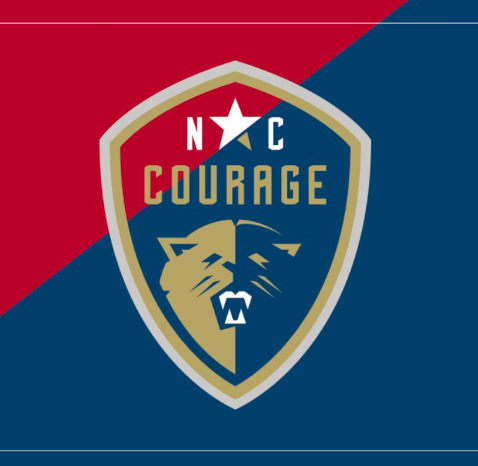 The Courage is back. Or is it the Courage are back? Either way, the top flight of women’s professional soccer is back home as North Carolina FC continues its push to bring back the glory years of when the Triangle was at the forefront of the American soccer movement long before it was cool.

Riding the enthusiasm from the 1999 World Cup, the Women’s United Soccer Association was formed in 2000, and it was an absolute no-brainer to plant a franchise in the turf of Fetzer Field at the University of North Carolina. The Carolina Courage struggled on the field in their first year before winning the championship in their second, but regardless of record, the team rarely played in front of empty seats as fans couldn’t pass up the opportunity to see the most recognizable players in women’s soccer in person. While the Courage thrived, the league itself folded three years later in a crash that’s still used today as a case study on how not to manage a professional sports league.

After various iterations of women’s professional soccer formed to fill the void left behind by WUSA, the National Women’s Soccer League was established by the United States Soccer Federation in 2012 to serve as the women’s counterpart to Major League Soccer under the CONCACAF umbrella. The league has slowly grown in terms of popularity and support, still dealing with the fallout from the financial crash of the WUSA, but has wisely advanced with less ambition and more care to build a strong foundation rather than striving for the cash-grab that did WUSA in.

Yesterday, North Carolina FC formally announced an agreement to purchase the West New York Flash and relocate the team to the Triangle under the new name of “North Carolina Courage”, yet again wisely disassociating with South Carolina and the stigma that comes with it. The NC Courage are the defending champions of the NWSL, and with the uniform reveal upcoming, it’s still unclear if the crest will feature two stars to also commemorate the 2002 WUSA championship. Of note, the franchise will also have won as many Stanley Cups as the Washington Capitals.

The league has teams in Boston, Kansas City, Seattle, Houston, Chicago, Orlando, Portland, New Jersey and Washington DC. The Triangle Area will be the only league market without an MLS franchise, and with Wake Med slated to have the league’s largest capacity (Houston and Orlando play in larger stadiums but limit capacity for NWSL games), Courage games will be an excellent audition for NC soccer fans wanting the MLS in our state.

While the NC Courage will boast US Women’s National Team allocated players Samantha Mewis and Jaelene Hinkle, the defending champs will also welcome the following USWNT stars throughout the season: