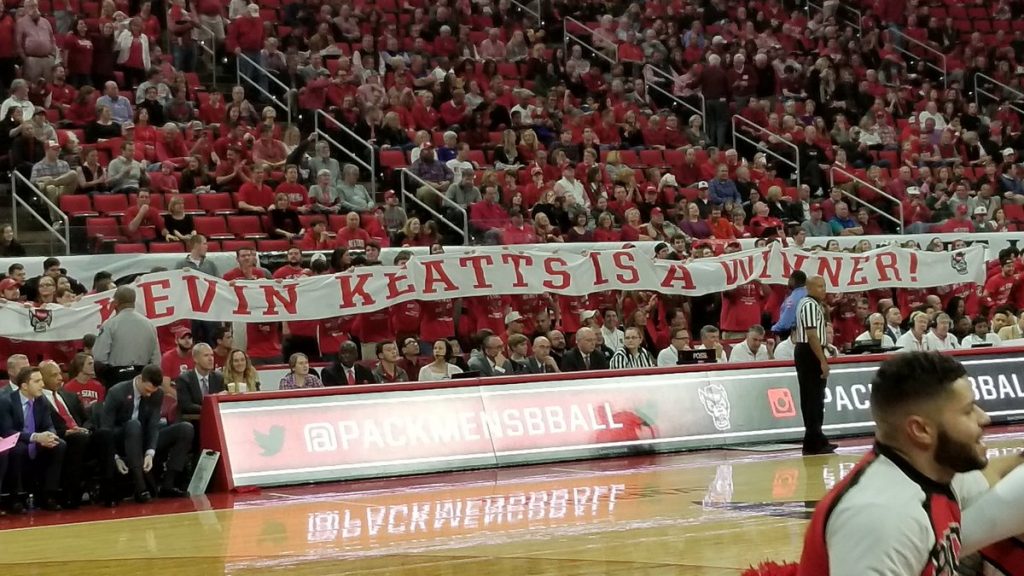 8 things NC State did while everyone watched Duke/UNC

At least one NC State team can dominate a bad team they are expected to beat. There, I said it–got my football frustration out for today.

The Wolfpack used a combination of six line-change style lineup combinations, with four players (Dorn, Beverly, Funderburk, Hellems) finishing in double figures. All 10 of Keatts’ players scored and all but Beverly secured a rebound. Hey, cut him some slack, dude had surgery like a week ago.

Keatts was asked about his 5-in-5-out substitutions: “That’s not (usually) my style.” But it was curious, something we haven’t seen from Keatts in his years as a head coach. Maybe it’s because the Canes had a game at PNC five hours after their game ended? Or maybe…nahh, why we he be copying Roy. I don’t know. Either way, the Pack looked efficient and a ton of guys contributed on both ends of the court.

Let’s be honest, this should have been the second snore-fest by an NC State team this week…I know I said I was done being bitter, BUT I SAT IN THE RAIN FOR THAT NONSENSE??? Anyway–half the guys on the Hawks didn’t have names on their jerseys. Business as usual for the Pack pre-ACC season.

What happened to Ian Steere? NC State is no stranger to losing players to transfer, it’s just usually not one game into the season. Rumors started floating on some NC State insider forums that Steere, a 4-Star recruit, intended to transfer after the season opener, where he logged 4 points in just 5 minutes of play.

The rumors were confirmed Saturday after the game, when Keatts stated that Steere had left the program: “Ian and I had a discussion yesterday about what his role will be with NC State. I told him to sit back and decide if this was the place for him.” He is currently home in Fayetteville, and Keatts plans to talk to him on Monday.

Probably still how NC State managed to let a bad Wake Forest team waltz in on Senior Night, score 27 points and walk away with a road ACC Atlantic Division victory. And for the most part, that is still what NC State fans are talking about. Here’s a visual depiction of Wolfpack Twitter during today’s game:

Also, what the heck else, Duke and UNC, who were racking up tons of yards during this State basketball contest, as well as most people’s attention on Twitter. Since the Triangle football teams are basically irrelevant to any high profile NCAA bowls/post season play, what we are left with is UNC/Duke, and then State/UNC before we can officially usher in basketball season…at least everyone except Duke, who’s already been there for a while.

NC State takes on UNC Asheville on Tuesday night at PNC. Let’s see if they can…Steere towards a victory.

“He’s (Braxton Beverly) got those baby eyes looking at me like he wants to play and so I put him in the game. He knows the equipment manager and he’s got his uniform on when I show up
here. When I went to sub the other four guys, there was no way I couldn’t not put him in the
game.” -Kevin Keatts

Cheeseman. Poor kid never stood a chance at PNC. He had a good game though, scored 18 points before fouling out, much to the delight of the fans who chanted his name most of the game.

When heading to the bench, the students dawned their traditional “Right, Left, Sit Down!” chant, which Cheeseman acknowledged with a nod and a smile.

Also, Braxton is back!

Beverly and his beard warming up for this afternoon’s contest. Supposedly he’ll be a game-time decision to play. He had surgery October 23 pic.twitter.com/86QgIitrnG

Lastly, with Basketball season finally being here, make sure to visit StoreChannel8 for all your game day attire, including this beauty just for you NC State fans: 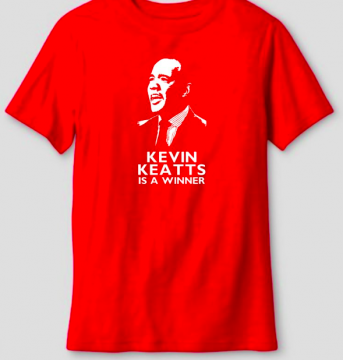