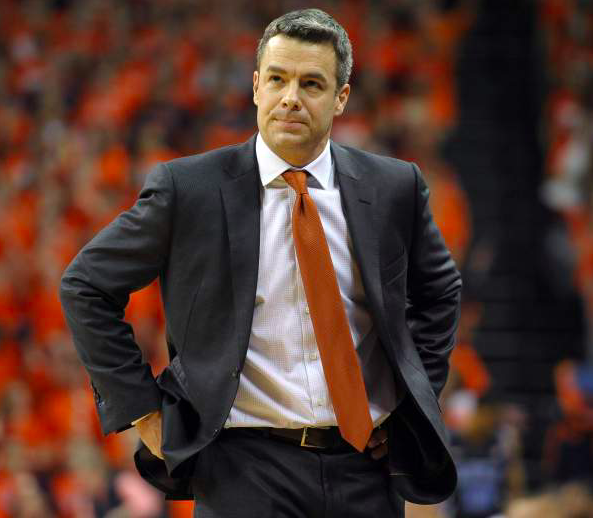 I haven’t watched a second of Princeton basketball this year, but it’s safe to assume that they run the offense that’s so well-known that they literally call it the Princeton offense. If that’s the case, it’s going to be a great matchup of conflicting styles, which will be a recurring theme for today’s highlighted games, where it’s ball movement vs. player movement. Notre Dame struggled to defend the high post against Duke in the ACC Championship, which is a hallmark of the traditional Princeton offense as the point will feed the high post and the wings make cuts for layups or open three pointers. On the other side of the ball, no one moves the ball better than Notre Dame, and if Vasturia, Beachem and Pflueger get open looks, they knock them down 40% of the time. The game will come down to the following key stat: Bonzies and Farrells … Notre Dame 2, Princeton 0. There are maybe a handful of teams in America who can slow down Bonzie Colson and Princeton isn’t even close to being one of them.

UNC-Wilmington likes to score points. Virginia likes to keep you from scoring points. It’s not necessarily a matter of pace with the Seahawks (72nd in tempo, KenPom), but they do have the nation’s 18th most efficient offense. Virginia is dead F’ing last in tempo, but has the nation’s most efficient defense. The difference … the Hoos can score better than Wilmington can defend, but it will likely take 70 points for Virginia to avoid the first round upset.

Speaking of UNC-W and Virginia, lots of coaching rumors surround both programs. Kevin Keatts is expected to head to Raleigh after the Seahawks get bounced, but whether or not he’ll be facing Tony Bennett next year in the ACC remains to be seed. Illinois has allegedly targeted Bennett, and they have boat loads of cash to throw at him to make him leave Virginia. The Twitters were live last night with arguments over Illinois vs. Virginia as a “better basketball program”, and while a rumored $4.8M per year will certainly make math look fuzzy, Illinois can kindly get the hell out of here with that nonsense. The ACC is the best basketball conference in America, and Virginia is a top 5 or 6 program in the ACC. Illinois hasn’t mattered to anyone since 2005, and even that team is most famous for getting absolutely curb-stomped by UNC in the championship game. The ACC even has a more recent Helms title with the Illini winning that prestigious honor in 1915. Tony Bennett built Virginia into a relevant basketball program, and he’s not going to leave Charlottesville for another rebuild that has a much lower ceiling than he has at Virginia.

We’ll see a lot of classic Dunk City highlights when FGCU takes on FSU, but I don’t think we’ll see too many FGCU highlights after the game. Florida State is one of the most talented teams in the region. If they can just figure out how to put it together outside of Tallahassee …

Virginia Tech has an interesting draw with Wisconsin because they’ve essentially played the Badgers twice this season. Wisconsin is the statistical conjoined twin to Tony Bennett’s Hoos, but not quite as good. The Hokies are another team that has struggled to capture their home form on the road, but what I like about Buzzketball is within the last two weeks, they’ve won a game scoring 66 points, and won a game scoring 99 points. If you can win with different tempos and styles, you typically can win games in the NCAA Tournament. If the Hokies win, you can bank on the Wisconsin fans and coaches handling the post-game with class and grace like they typically do.