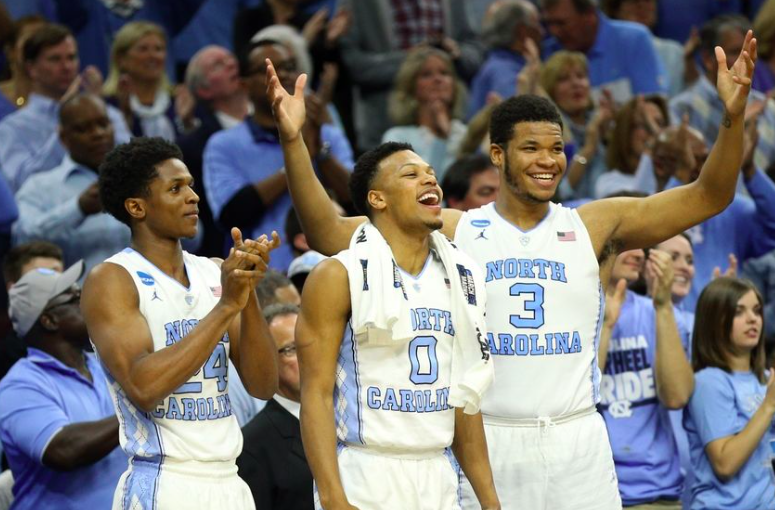 Unlike yesterday when the ACC played the first and last time slots, two games on top of each other, America will get 9+ consecutive hours of ACC basketball. You’re welcome. On the other hand, while every ACC game yesterday was competitive and entertaining in its own special way, three of these four games should be blowouts.

Louisville returns to NCAA play for the first time since losing to Michigan State in the 2015 regional finals thanks to a self-imposed post-season ban a year ago. Like this season, that Cardinals team dropped their opener in the ACC Tournament, and though they made a deep run in the Big Dance, they struggled in the first round barely edging out UC Irvine by 2 points. That Irvine team had the tournament’s tallest player, and this Jacksonville State team boasts one of the field’s most unimpressive resumes. They don’t really do anything well, but what they lack in advantages, they make up for in pace. They’re not quite Virginia slow, but it’s close, averaging 4 more possessions per game than the Hoos. Virginia owns Rick Pitino, so it might be a cause for concern but I doubt it means much at all. They turn the ball over at a hight rate which is never successful against Louisville, but they do protect the rim fairly well with a top 25 defense against 2 point shooting percentage. The Cards can’t shoot, so if this game ends up being close, that’s why.

North Carolina couldn’t have asked for a better “get right” opponent. Texas Southern can’t shoot threes (340th out of 351 in 3 point %) and they can’t rebound (336th out of 351 in allowing offensive rebounds). Two of the three ways to beat the Heels is to shoot threes and keep them off of the offensive glass, so this one should get ugly quickly. UNC is favored by 26.5 and that honestly might be free money even with the spread being so high. The only concern for Roy Williams’ squad is that Texas Southern has the 2nd highest distribution of points from the free throw line in the nation. For a team that fouls a lot, that’s not the stat you want to see when looking at the scouting report. Even if Isiah Hicks and Kennedy Meeks get in foul trouble, Tony Bradley and Luke Maye could handle Texas Southern on their own.

Duke’s in a similar situation taking on a Troy team that can’t defend and that relies on outside scoring more than points in the paint. The Blue Devils enter the NCAA with the 39th most efficient defense, which is 12 spots higher than the 2015 team that “couldn’t win a title because of their defense”. Duke clamped down in the NCAA Tournament that year and finished with the 12th ranked defense by the end of the tournament. Duke’s early exits have happened when they couldn’t get stops (Mercer scored 1.22 points per possession!), so if they can run Troy off of the three point line and protect the paint enough, today’s game could be the “get right” game like UNC has on the offensive end, but on the defensive end of the court for the Blue Devils.

The crowd is an interesting storyline in Greenville as well as Duke will be playing a virtual road game in front of a group of North Carolina and South Carolina (who will play right after Duke) fans. When Duke lost to Lehigh, the crowd was a major factor, not just on Duke, but also on Lehigh. Guard BJ Bailey told me after the game that he grew up dreaming about playing for UNC, and during the game he pictured himself in the Dean Dome in the middle of a Duke/Carolina rivalry game. He also told me that he was partially bummed that they won that game because he missed being at home watching all of the games on TV, which is easily the most relatable nugget a player has ever told me.

Thanks to Virginia Tech’s loss last night to Wisconsin, Miami’s game against March-superhero Tom Izzo is MASSIVE for the perception of the ACC. “Best league ever” has been thrown around quite a bit this year, and two first round losses to Big Ten teams isn’t going to cut it to keep that perception moving forward. Michigan State is incredibly beatable, but Miami is coming in losers of 3 of their last 4, and have been struggling to score points against anyone. Even in wins against Virginia and Duke, Miami scored a TOTAL of 109 points, and haven’t topped 62 points since February 18th against Clemson when they scored 71. This is a huge risk/reward game for NC fans as a 2nd straight first round loss for Izzo would expose him as the fraud UNC and Duke fans have come to know, but going 0-2 against the lowly Big Ten would suck considerably. Go Canes.