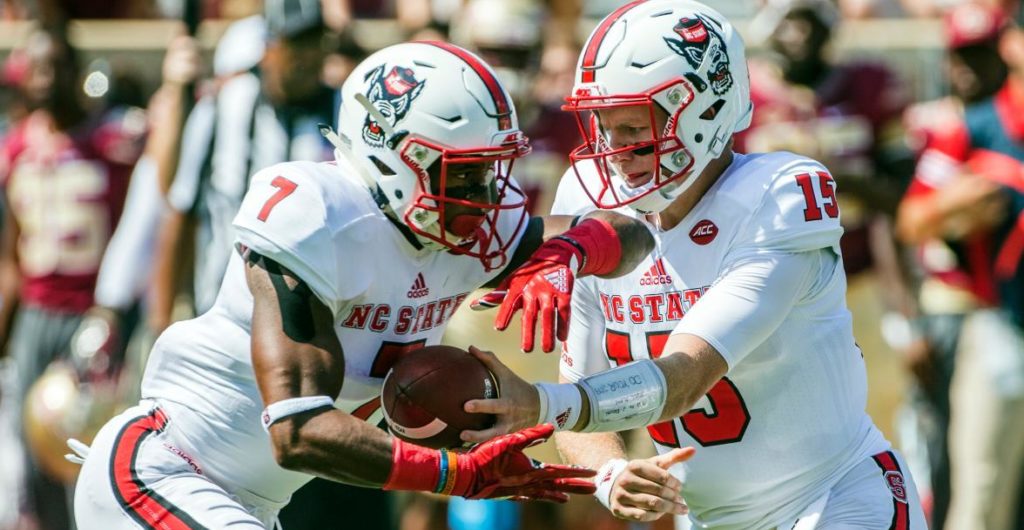 The Pack chews up and spits out ‘Noles 27-21 in Tallahassee.

NC State made the plays where FSU couldn’t.

NC State’s Dave Doeren finally gets a signature win, the first of his tenure in Raleigh. Doeren was pretty emotional leading up to and after this game. His players responded and secured a huge victory.

NC State’s playmakers finally lived up to the hype. FSU started freshman quarterback James Blackman who played a majority of the day under duress.

And Jaylen Samuels did good football things most of the day. If NC State can continue this type of play, Cole Cubelic could find redemption.

NC State heads back to Carter-Finley to take on Syracuse. Who knows which version of the Orange shows up?

Even better, before the presser he said: "You're not pissing in my Cheerios today, Joe" https://t.co/FCUR9J7wiS

A lot of conversation after the game and continuing today about Chubb spitting on the FSU logo at midfield. The fact of the matter is what Chubb did to FSU’s offensive line was significantly more offensive. But a college football fan base being more upset about an emotionally-charged reaction versus their teams inability to keep their QB alive is part for the course.