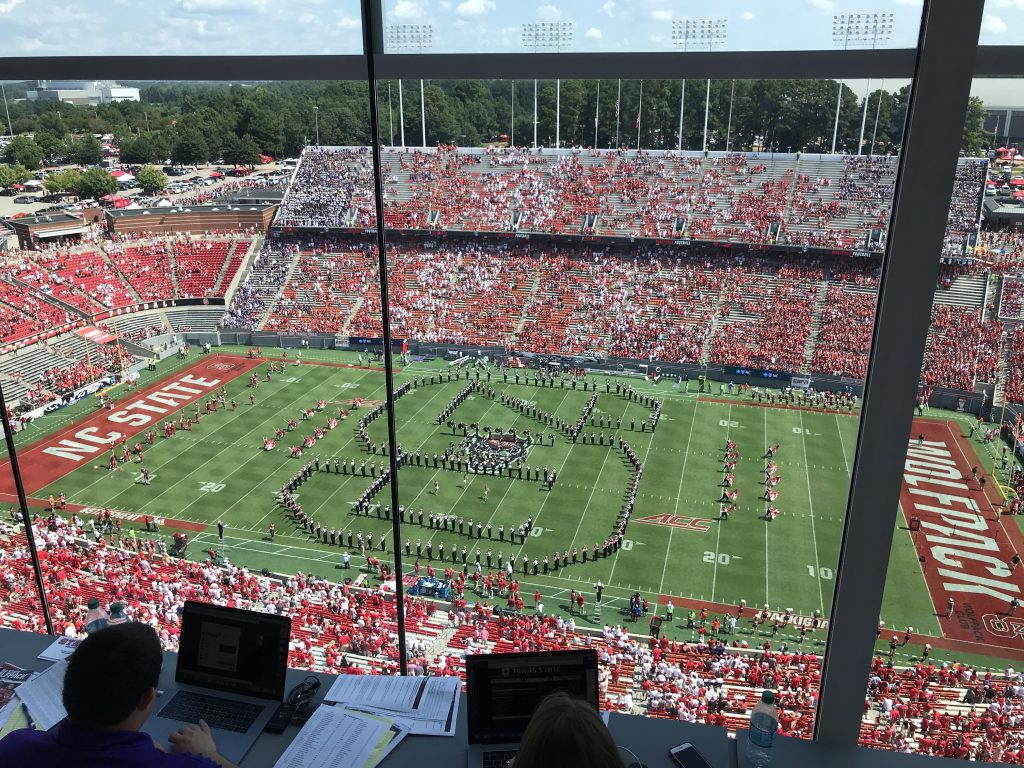 The NC State Wolfpack beat the James Madison Dukes, 24-13, on Saturday afternoon at Carter-Finley Stadium in Raleigh. NC State opens their season with a win in an effort that will provide Coach Dave Doeren with plenty of teachable moments, as the Pack looks ahead to next week’s game against Georgia State.

With less than 8 minutes remaining in the game, the Dukes had a first & goal on NC State’s 4-yard line, down 17-10. But they failed to score on three consecutive plays and elected to kick a field goal instead of attempting to tie the game on 4th down. NC State effectively milked the clock and eventually scored on its next possession, sealing the victory.

What made it Interesting?

James Madison showed why they’re a perennial powerhouse at the FCS level on Saturday, as they provided a stiff challenge for the Pack in many facets. Dukes’ QB, Ben DiNucci, completed 23-27 pass attempts, totaling 197 yards and a TD. He also carried the ball 14 times for a total of 79 yards. The majority of the 2nd Half of Saturday’s game was played within a one-possession window.

NC State faced a 2nd tough opponent on Saturday, as they battled against a significant amount of heat and humidity. Coach Dave Doeren wasn’t willing to give the heat very much credit. When asked if he’d grade his team’s performance on a curve considering the weather and the tough opponent, his answer was blunt, but simple:

What People Will be Talking About

There was a scary moment in the second quarter when NC State Defensive Tackle, Eurndraus Bryant, recovered a JMU fumble and began running toward the end zone. It looked like he might have a chance at an early bid for the #PiesmanTrophy, but he dropped the ball, quickly diving on top of it to retain possession for his team. A couple JMU players fell on top of his head and neck shortly after. Bryant remained on the ground for several minutes before being loaded onto a stretcher and carted off the field, giving the crowd a big thumbs up as he was transported. He was taken to the hospital for precautionary X-rays. Fortunately, the X-rays were negative and Bryant even returned to Carter-Finley to watch the game’s conclusion in his street clothes.

After the game, Coach Doeren said that the use of the stretcher and the cart were also precautionary, mentioning that Bryant was joking shortly after the play, while he was still laying on the ground. He was mad at himself for dropping the ball and not giving himself a better chance to score a touchdown.

What People Should be Talking About

Nobody gets excited about playing football games at noon, but NC State fans should be grateful for today’s 12 p.m. kickoff. As I sit here writing this game recap, we’re dealing with some scary weather conditions at Carter-Finley. The Weather Moose did not warn me about this. Had this game been scheduled for a more-favorable 3:30 kickoff, it would have been a disaster. 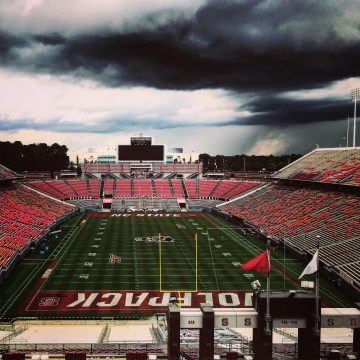 I guess what I’m trying to say here is just be grateful for the fun that we got to have at a football game today. Football is back, baby!

Stat of the Game

NC State Wide Receiver, Jakobi Meyers, caught 14 passes on 15 targets for a total of 161 yards. His 14 receptions were one short of an NC State single-game record, which is currently shared by Torry Holt and Jaylen Samuels. Meyers was a bit banged up for much of the 2nd half, which may have kept him from tieing, or even breaking, that record. 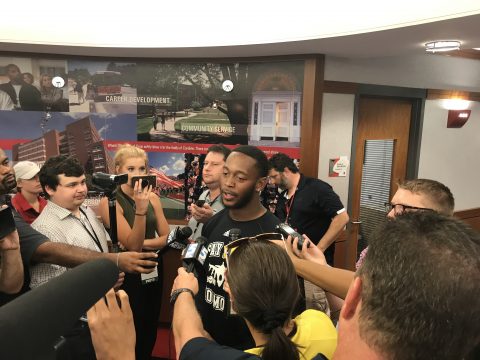 NC State will host Georgia State in the “Battle for Ryan Harrow” next week at 12:30 p.m.

Great season-opening performances from both of today’s marching bands. JMU easily has the best band in the CAA. And NC State’s ranks highly in the ACC. The students in both bands presumably moved onto campus a week or two earlier than the rest of their respective student bodies and it’s great to see their hard work over the last couple weeks presented on the field. I hope everybody stayed safe and well-hydrated in those extremely hot band uniforms. I know that pain. 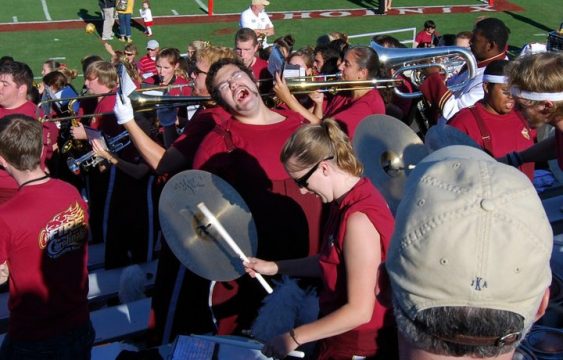