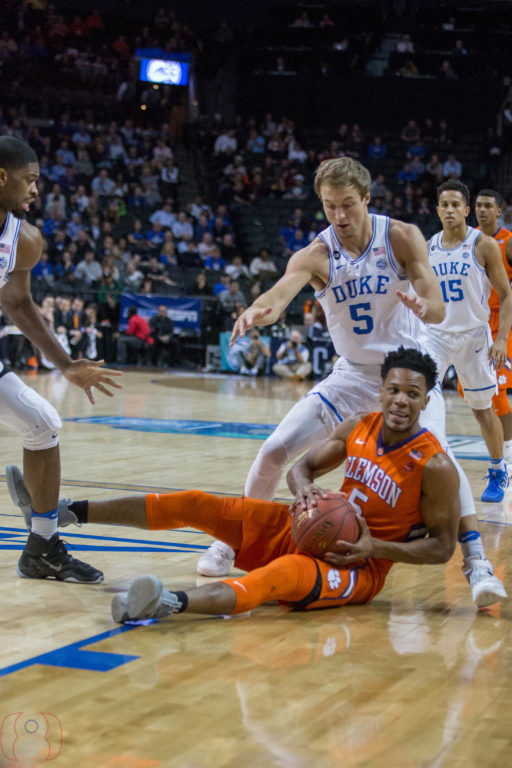 Why: After a sluggish start especially for Luke Kennard who went 1-9 in the first half, Duke scores 46 second half points to break a 33-33 tie at halftime.

GIF: Tatum, Jackson and company make the Tigers feel like this.

What will people be talking about? Probably the Grayson Allen technical for slamming the ball in the first half that will undoubtedly be on ESPN on a loop the next 24 hours for no reason. It was an easy call for referee Roger Ayers. Allen slammed ball in frustration. The ball got away from him which prompted Ayers to call the tech. Nothing more too it. ESPN however will not let us forget.

What should people be talking about? Frank Jackson is becoming a serious player for the Devils, scoring 20 points this afternoon. Also this shows Duke is taking the ACC Tournament seriously and we are a UNC and Duke win away on Thursday from a Duke vs UNC semifinal on Friday night.

What’s next for these teams? Duke moves onto play #4 seed Louisville in the second quarterfinal on Thursday. Clemson probably awaits a NIT bid.

Quote: This was almost a disaster with about 10 minutes to go.

Annnnnd that’ll be all, Clemson. Frank Jackson will see you out.

“8 is wild”: Barclays people play the “Law and Order” theme when showing a call that had to go to the monitor. I dug it.