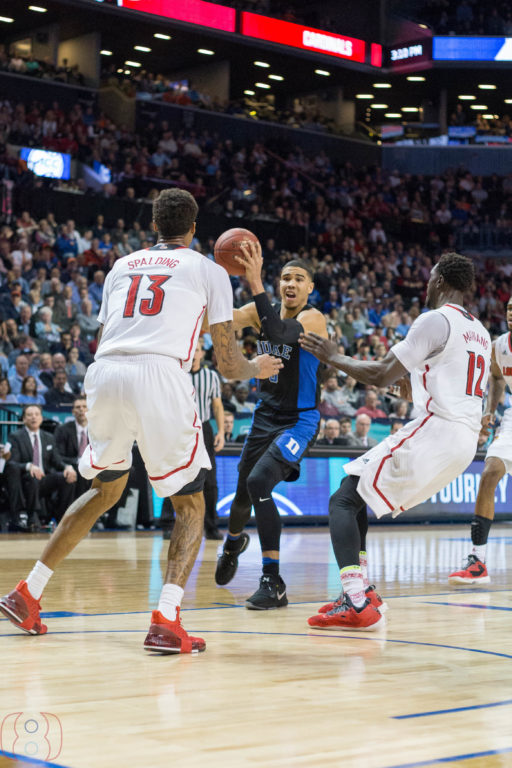 GIF: We get Duke/Carolina in the ACC Tournaments. College basketball fans rejoice.

What will people be talking about? We get Duke/Carolina Part 3.

What should people be talking about? Is Grayson Allen Back? There was a sequence during the run where Duke took the lead, where Duke rallied behind Allen, after a Louisville player and Allen had a little “spat”. Duke used that emotion to take over the game. Allen has battled injuries over the last month or so, but came up big for the Blue Devils, maybe just in time for a stretch run.

What’s next for these teams? We get a Duke vs UNC game in the ACC Tournament for the first time since 2011. The teams split during the regular season. Louisville awaits their tourney fate, likely to receive a 3 or 4 seed in the NCAA Tourney.

Quote: This tournament had yet to have a “moment” and we got one when Duke stormed back. Our Ben Swain summed it up best.

“8 is wild”: Red Panda made her debut at the 2017 ACC Tournament, wowing the Brooklyn crowd. Watch our video here: