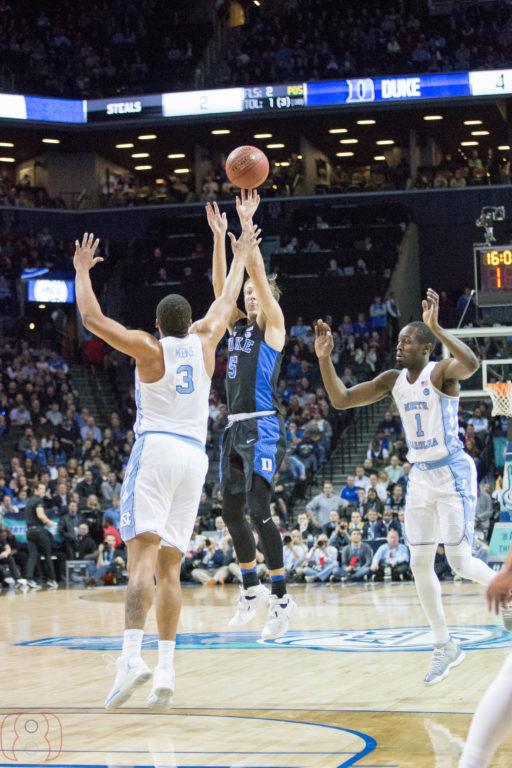 GIF: Another win over their rival, a berth in ACC title game…Duke fans can’t help but smirk

What will people be talking about? The referees. UNC committed a season high 28 fouls.

What should people be talking about? Duke has faced 13 point second half deficits in back to back games (vs Louisville and UNC) and somehow dug deep to come back to win the game. This team has a lot of deficiencies but their effort and “want-to” will never be questioned.

What’s next for these teams? Duke moves on to the ACC title game against the winner of Notre Dame/FSU. UNC awaits their NCAA tournament seeding where they will be at worst a 2 seed and likely be playing their first 2 games in Greenville, SC.

My man Tucker just got to his seat, someone said they feared he wouldn’t make it. His reply?
“If I miss a Duke-Carolina game, I’m dead.”

“8 is wild”: With Jim Boeheim making the most news this week with his comments about Greensboro, our Hayes Permar got in the lab and like he does wrote a song about ole Jim.