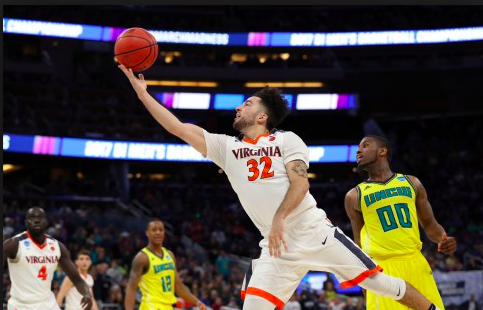 Why: London Perrantes and Marial Shayok scored clutch baskets at the end of the shot clock in the final minutes to avoid the upset.

Virginia fans love the D, but today we got to see their O face

Marial Shayok’s career high kept the Hoos in the game, and another clutch performance by senior London Perrantes finished off the upset-minded Seahawks who built a 15 point lead in the first half.

Isiah Wilkins only played 5 minutes with injury and has already been ruled out for the next round, and Kyle Guy was invisible for most of the game. The NCAA Tournament is all about survive and advance, but UVA’s defense will have to tighten up because a 76 point outburst is not the recipe for success for Virginia.

Kevin Keatts will likely be heading somewhere other than Wilmington, perhaps even to Raleigh to be the next head coach of the NC State Wolfpack. Virginia will play the winner of Florida/East Tennessee State on Saturday.

There’s certainly a reason that Tony Bennett’s name is suddenly popping up for openings at Illinois and now Indiana, but I truly doubt it’s because he’s interested in leaving. Loosely guarded secrets about coaching searches are typically about leverage, so look for Bennett and his assistants to get a nice extension this off-season.