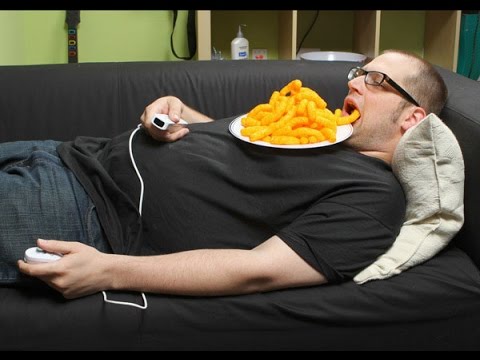 Hello, it’s Friday — yay! Welcome back to another edition of the Sportsman’s Guide to the Weekend; once again, to kick things off, we have our guy Brenden Whitted back to send you into the weekend, and let you know where your TV should be set when you bail on plans with your friends. You’re smell come. Take it away, Brenden!

We’ve got to stop meeting like this — you, looking to escape the perils of reality; and me, looking to release the snark that has been exponentially building over the past week or so. There is a full slate of games in a variety of sports to keep you entertained adn away from the news — real and fake alike. With no more ado, I present the Sportsman’s Guide to the Weekend.

The Hornets have been on a rollercoaster ride for the past few weeks. They dropped 5 in a row, then won 3, and have now dropped back-to-back games. It’s appropriate that they’re a .500 team because there isn’t a better term than “middling” to describe the 7th ranked team in the East. Bonus for NY-born Kemba in Madison Square Garden.

If Charlotte is a rollercoaster, the Knicks are an entire amusement park. The former King of his Dominion, Carmelo Anthony has been publicly shopped for the past two weeks. It feels like Melo’s time in Gotham City is coming to a close, and somehow the guy that has played through injury and accommodated second year wonder Kristaps Porzingis, has become a villain. The future HOFer deserves better.

Ok, I may be recommending this game more because of my love for the Hornets and the NY Melo-drama than great basketball. I’ll make sure not value narrative over basketball in any of my other recommendations.

I’ll start after this recommendation. Neither Miami nor Chicago is particularly good. So why recommend a game between two sub .500 teams? Here’s why: https://www.google.com/amp/s/amp.businessinsider.com/dwyane-wade-great-response-rajon-rondo-instagram-2017-1?client=safari

It’s running concurrently with the Hornets game, so it isn’t necessary to watch it all. Just catch the beginning and some of the post-game comments. It’ll be a welcomed distraction from watching the Hornets’ second unit anyway #Zing

The early ending to your Friday night folds perfectly into your super early Saturday morning. The inconsiderate Aussies are having their major women’s singles final at 3:30 a.m. – just rude, honestly.

It’s always a treat to commemorate the Williams sisters’ dominance over the past 15 years. Two sisters from Compton that eschewed the traditional tennis upbringing to become two of the best tennis players the world has ever seen.

Serena is on the short list of athletes I thank God for a chance to watch: Jordan, Tiger, and Serena. And while she is one of my favorite athletes, watching her play her sister can be awkward and gut-wrenching because of the obvious close relationship of the siblings.  A win for Serena gives her the most Grand Slam singles titles in the modern era of women’s tennis (23), and it cements her place as the best women’s tennis player of all time.

Venus’ legacy could be bolstered as well, breaking her tie with Dorothea Lambert Chambers and tying her for 10th with Suzanne Lenglen and fellow American Molla Bjurstedt Mallory with eight Grand Slam titles.

UNC is fresh off their Va Tech throttling and look to expand their lead over the rest of the ACC. Theo Pinson is out, but the Tar Heels are still favored to beat the Hurricanes.

Miami is likely right outside the cusp of an NCAA tournament bid. They’re below .500 in the conference and have yet to wrestle away a win from an exceptional team. A win Saturday would change the tone of their season, and give them an attractive signature win that could be difference for this team between being one of the last four in or last four out.

The ACC has proven to be a big game of King of the Hill, with teams knocking one another out constantly. It wouldn’t shock me if, at home, Miami pulls off the upset of a Carolina team that’s riding a seven-game winning streak.

Both these teams are coming off surprising losses — likely because they’re looking forward to this game as much as the fans are. So often in basketball the best players don’t play one another. Here, however, the strength of both teams is the backcourt.

Kansas features the veteran guard duo of Raleigh’s own DeVonte Graham and Frank Mason. Both are as capable scoring as they are of making plays for their teammates, and with Kansas emphasizing increased pace, it gives the guards free reign to shape the offense.

Kentucky boasts a more traditional backcourt with a playmaking point guard, De’Aaron Fox and otherworldly scorer Malik Monk. Don’t let their freshman classification fool you; their games are wise and polished beyond their years.

I’m picking U.K. because of the team surrounding the backcourt — particularly Bam Adebayo, whose low post game could carry this talented roster to another championship.

This game is going to be crazy fun and entertaining. College games rarely feature so many pro prospects on one court. Take advantage.

My favorite Center (Boogie Cousins) vs. my favorite basketball team. It only seems like a selfish recommendation because it is. Speaking of shameless plugs, go listen to SportsChannel8’s latest Hornets-focused podcast, The Procrastin8ors.

Admittedly this game looked better about 10 days ago when CP3 was healthy and Blake Griffin was scheduled to return. But Austin Rivers and BG are a passable consolation prize. Plus, do you really need motivation to watch this Warriors squad?

These two got together in July and provided fireworks as Frampton took Cruz’ WBA featherweight title. Cruz has an unbeaten record (32-0-1) headed into the fight, and has since only talked about avenging his lone loss. Frampton was able to overcome his seven-inch reach disadvantage to get inside and make a physical, tough fight. The winner will be whomever can dictate where the fight takes place. If it’s fought on the perimeter, Cruz will win. If it’s another inside fight, Frampton will retain his title.

Undefeated Miley Garcia takes on Dejan Zlaticanin on the undercard. After nearly three years of legal battles with his promoters, Garcia has returned in only his second fight since his exile. He was one of the best prospects when he left the sport, and Zlaticanin represents his best test to date. Will Garcia capture his third division world title and conquer the WBA Super Featherweight title?

This rounds out the redo of the 2007 Australian Open that featured this match and the Williams sisters in their respective finals. Whenever these two get together, it’s historic. And honestly, if you’re willing to get/stay up at 3:30 a.m., you’re already sold.

Warning: Watch UVA at your own risk! They are dead last in the country in pace, and it feels slower than that. As a UNC fan, I hate Villanova for obvious reasons, but as a basketball fan their quasi-Golden State style is fun to watch. Plus a match of top 25 teams playing non-conference games this late in the season is a ton of fun.

This is a fascinating game of strength vs. strength. State’s offensively talented with a penchant for turning the ball over. Louisville’s size and athleticism make it a defensive dynamo and generate points off turnovers.

Can NCSU show an uncharacteristic maturity and follow their huge upset win over Duke with another road victory over a ranked team? Can State get themselves firmly in the NCAA Tournament conversation? How long can Rick Pitino last…as a head coach given his program’s most recent scandal?

There’s the controversy surrounding LeBron and the team’s front office. There’s the fact that Enes Kanter broke his forearm punching a chair. Oh, and we get three of the best 13 players in the league on the court at one time. Angry Bron vs. Angry Russ will always be a “yes” for me.

Not really my thing, but if you’re jones-ing for football, this is a solid dose of methadone.

In case the football exhibition leaves a bad taste in your mouth, try this palate cleanser featuring 2 of the best back courts in the League. Both teams are capable scoring threats, and (spoiler alert) even if Golden State runs away with the game in the second half, the game should provide some glorious fireworks. Remember, a thing isn’t beautiful because it lasts forever.

Enjoy the sports, guys. And remember, pace yourselves.