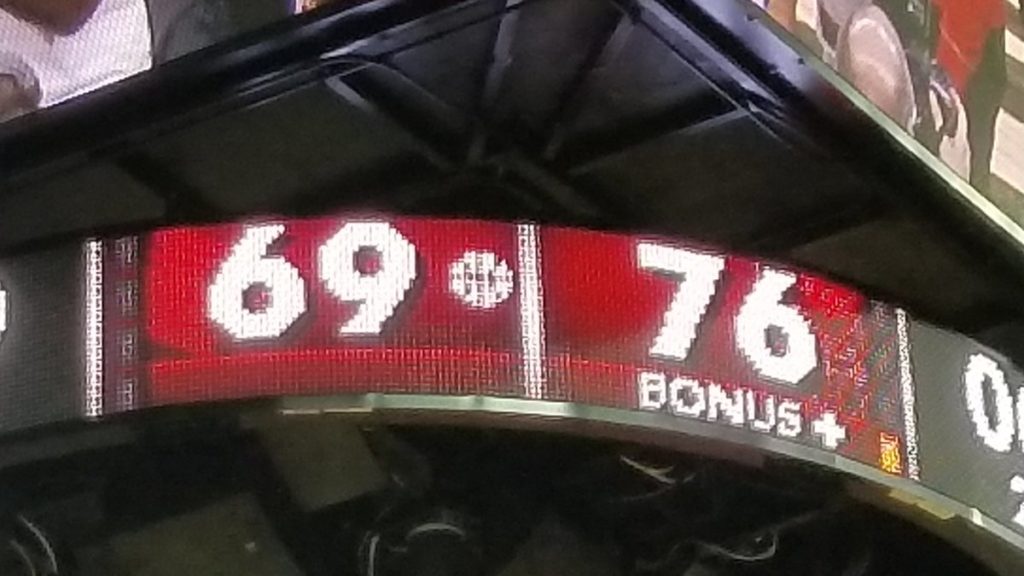 The Wolfpack managed to turn the ball over only 4 times, while forcing 15 TO’s from the Cardinals.

After a slow start, State locked in on the defensive end, which lead to some easy buckets to help get the game in hand. It was Senior Night at PNC, and Keatts started his four seniors (Abu, Freeman, Freeman, Hunt), which might have caused the slow start with scorers like Yurtseven, Dorn and Beverly on the bench.

But despite missing 10 FT’s (16-26), State’s defensive and offensive efficiency, timely offensive rebounds/second chance points, and the fact their coach is a winner proved to be enough to pull out the victory.

The Wolfpack won 5 of its final 6 games to finish the ACC regular season with an 11-7 record. Kevin Keatts now holds the record for most wins by a first-year head coach in NC State history, eclipsing Press Maravich’s mark of 10-4 from the 1964-65 season. Not bad for a team picked to finish 12/15 preseason.

Well, what the heck else, Duke and Carolina.

When Miami beat VT on Saturday, State was locked into the 5 or 6 seed with a W over Louisville. This win by Duke allows NC State to lock up the 5th seed in next week’s ACC Tournament, and drops UNC from a potential 2nd seed all the way down to 6th. Getting the 5th seed is key for State for several reasons, mainly that the dangerous lower-seeds like Notre Dame and Louisville are looming, not to mention Miami/Duke. State will play the winner of BC/GT, then Clemson on Thursday with a win–not only winnable, but favorable matchups.

“What do you guys call it, NC State stuff? Right now we’ve been able to stuff the stuff…so I’d love not to hear the NC State stuff anymore after this regular season.” -A Winner

Duke/UNC imma let you finish, but Kevin Keatts just told the media he doesn’t want to hear about #NCStateStuff anymore