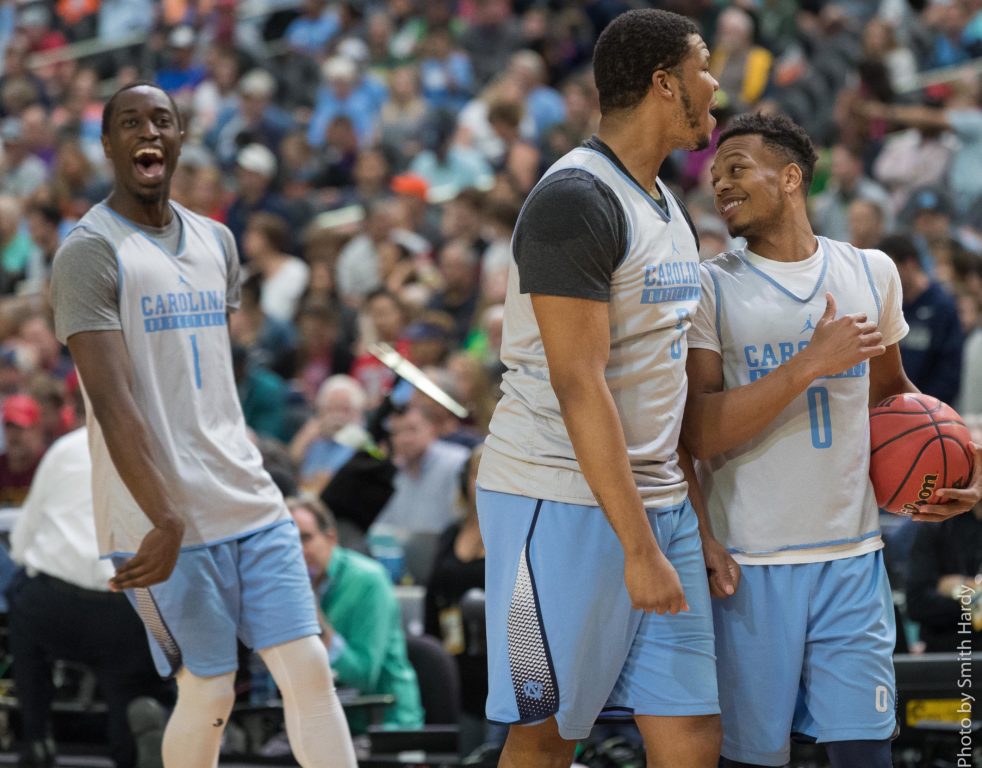 Why: UNC got 2 offensive rebounds in last 5 seconds after missed free throws, thus not allowing Oregon a chance to win the game.

GIF: I imagine a lot of UNC fans were like this watching Oregon cut it to 1 and then UNC missing 4 straight free throws.

What will people be talking about? The 2 offensive rebounds that helped UNC avoid possible disaster. The last offensive rebound was by Kennedy Meeks, who had his best game as a Tar Heel with 25 points and 14 rebounds.

What should people be talking about? There were a lot of big moments in this game but with UNC down 6 late in the first half it was senior Nate Britt who was instrumental in a key sequence that saw him assist on 2 plays and make a huge 3 pointer, which helped turn that 6 point deficit into a 3 point halftime lead for the Tar Heels.

What’s next for these teams? UNC advances to play Gonzaga for the National Championship on Monday night.

Quote: Our guy Hayes Permar was at the game and had some things to say afterwards

When 2 NFL all pro WRs are at the same game but @DHPIV is still the coolest guy in the picture pic.twitter.com/xTJhk4uS1i

8itorial: What Was Hubert Trying To Say?

Media Musings: Kirschner Reflects On Working With Dean and Roy