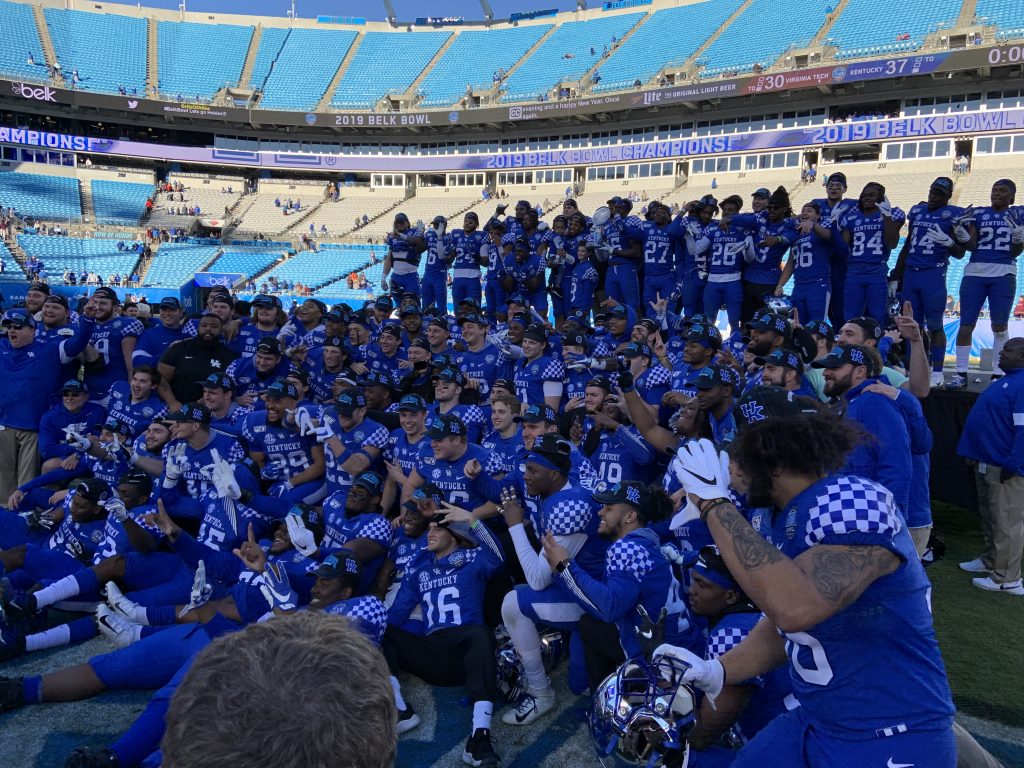 To be honest, I don’t much care about College Football. But man, covering the Belk Bowl for the past three years has been fun, hasn’t it?

In 2017, I got to cover the wild Wake Forest vs. Texas A&M game, one of the highest-scoring Bowl games in recent memory. It was the first time I’d ever covered a football game. Going into it, I knew nothing about either team, but the beauty of postseason football (well, outside of the CFP Playoff) is that it doesn’t have to be about the teams. I quickly learned that the magic of the Belk Bowl lies outside of the teams that play in it. Just scroll through the Belk Bowl’s twitter feed and you’ll see it’s just about having some football-adjacent fun. That’s certainly what we got in 2017.

Last year, we got the up-and-coming Virginia Cavaliers vs. South Carolina. The Gamecocks – playing in their home state – were shut out. Virginia’s Juan Thornhill had a big game defensively before heading to the NFL. Bryce Perkins blossomed in front of us before most of us knew about Bryce Perkins. The Wahoos earned a postseason win in Charlotte just a few months after their basketball team became the first one-seed ever to lose to a 16-seed… in Charlotte.

And now this… a few months ago, we learned that – after this year – Belk would no longer be the title sponsor of the annual Charlotte bowl game. So what do we get to witness in the final Belk Bowl ever? A last-minute, game-winning touchdown pass from a quarterback who never throws the ball. It’s magic. I don’t know what else to call it.

There will be a bowl game in Charlotte in 2020. I’m sure there’s a decent chance I’ll be right back here at Bank of America Stadium to witness it. But to whichever brave brand decides to claim the Queen City, you’ve got big shoes to fill. I wish you nothing but the best.