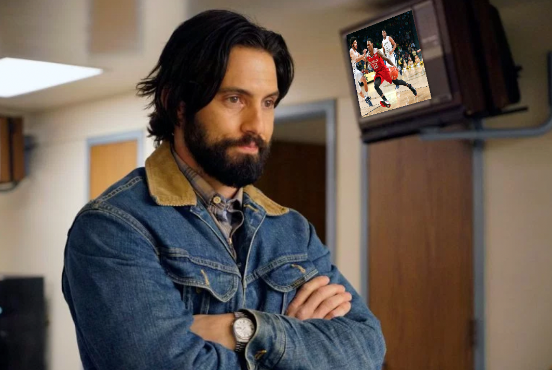 WRAL-TV in Raleigh has long been the local leader in ratings, ingenuity, and pissing people off by airing ACC hoops instead of their primetime shows. The station has a long history with ACC basketball (part of that ‘ingenuity’ thing to realize–hey, people in North Carolina like watching college basketball), having for years been the Triangle’s carrier of Raycom/Jefferson-Pilot ACC broadcasts (the precursor to what’s now referred to as the ACC Network).

For 30 years, the station has carried CBS programming, but a year ago they switched (back, as the case would have it) to being an affiliate of NBC. That, coupled with the fact that a LOT of people continue to move to this area and might be living through their first college basketball season, mean some people are still confused or possibly outraged when they realize their favorite TV show (in this case the popular “This Is Us”) is being replaced by ACC hoops (in this case ice cold NC State vs. name a player on their team besides that one guy Georgia Tech).

I’m confused: was the idea to play the basketball game another night, or at 3am?

That Pack win last night was healing, Mary Ellen. It was.

Lisa has a point.

Wait a minute–TWO rat’s rear end references? Are we sure one of these isn’t a Roy Williams alias?

These people aren’t gonna be able to handle March around here. Don’t forget to #StayMad online. 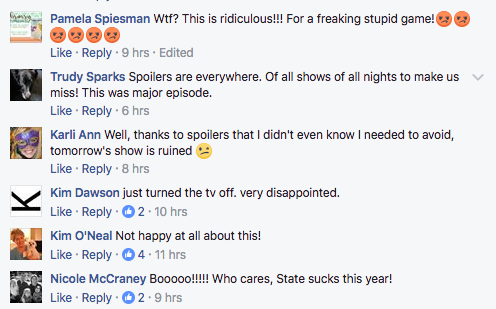 For their part, WRAL does try to put the word out. But they know it’s coming anyway.