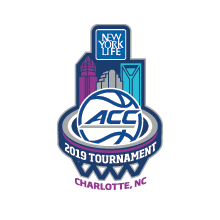 The 2019 ACC Tournament is nearly upon us, and while plenty of positioning and jostling for seeding remains, we already know where everyone will be sitting. Scalpers still provide the best opportunity for regular fans to get tickets to the see the greatest conference tournament in college basketball, so here’s our top 15 seeds, based on location of seats and likelihood that these fans will be selling.

The corners are great for hockey viewing, but for basketball, it can be tough to see the opposite, near corner through the basket. These seats aren’t great, and the Heels will almost definitely be around until at least Friday.

Much like UNC at 15, Louisville is allotted the corner seats and looks like one of the ACC’s best four teams. The lack of tournament success makes the Cardinals a much more attractive pick than UNC, but not quite enough to move them up beyond 14 when factoring in the frightening experience of having to approach Louisville fans.

With the injury to Justin Robinson it’s unclear how deep the Hokies will go in the tournament, but the behind-the-basket location makes them a low value. Plus, the majority of Virginia Tech fans in attendance will be there on Charlotte radio credentials, which can’t be sold or transferred.

The sideline location should put Duke in the top four automatically, but the Blue Devils will be a heavy favorite to make it through to the Championship game. Plus, if Duke were to lose, there’s no chance their fans would sell tickets to you anyway.

Virginia is a great team with bad seats. So why are they 11th instead of closer to the bottom? Because their fans have never seen more than one post-season game at the Spectrum Center and we’re not sure they have the stamina.

Kevin Keatts is a winner, and these upper corner seats are the perfect viewpoint for State fans to watch  opponents shoot twice as many free throws. This is a bad buy.

Tech probably has the worst allocation of any team in the ACC. They’ll be gone by Wednesday, but these seats aren’t worth it unless there are no other options. This is also Josh Pastner’s recruiting pitch.

Miami is another early exit candidate, but the tickets aren’t great as they’re located in the end zone. On the plus side, you may be able to squat in an empty seat here anyway because Miami is notorious for not being able to find the end zone in Charlotte.

No one is expecting Clemson to make it past Thursday, and their tickets are in a prime location along the sideline. It’s hard to rank Clemson any higher than this as most Tiger fans will stick around to watch Zion in hopes that he’ll still commit to Clemson.

Shallow corner seats give fantastic sight-lines, and as long as Jim Boeheim is on the sidelines, you know Syracuse will be gone after their first game (before somehow making the Final Four as a bubble team).

These aren’t sideline seats so they fall just outside of the top 4, but the ACC did no favors for Notre Dame fans by putting them right beside Clemson’s section after losing 30-3 in the CFP Semifinals. These tickets may be available before the Irish even play on Tuesday.

These aren’t awful seats and the Deacs are likely to be one of the first teams out, but you have to give it to Wake Forest fans year in and year out at the ACC Tournament. Even when their team is awful, they’ll extend their stay like it’s a contract for an underqualified head basketball coach.

A capable roster, but it’s a fanbase that never travels to the tournament so tickets can be had in advance. We were thrilled to see the Noles qualify for ticket allocation in the lower bowl this year, mainly because it was nice to see them qualify for any bowl.

Pitt probably won’t make it past Tuesday again this year, but the Jeff Capel factor alone means that Pitt fans who have been dying to see their program regain relevance have already been put in contact with Duke fans to buy their tickets.

Honestly these should go straight to public sale anyway. 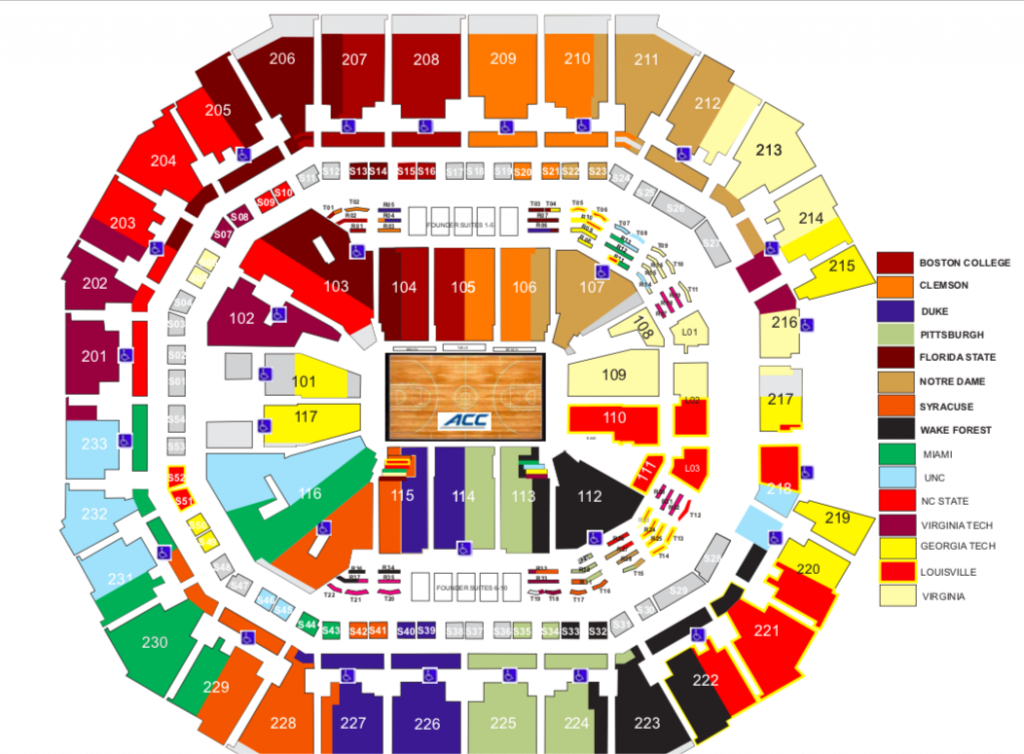