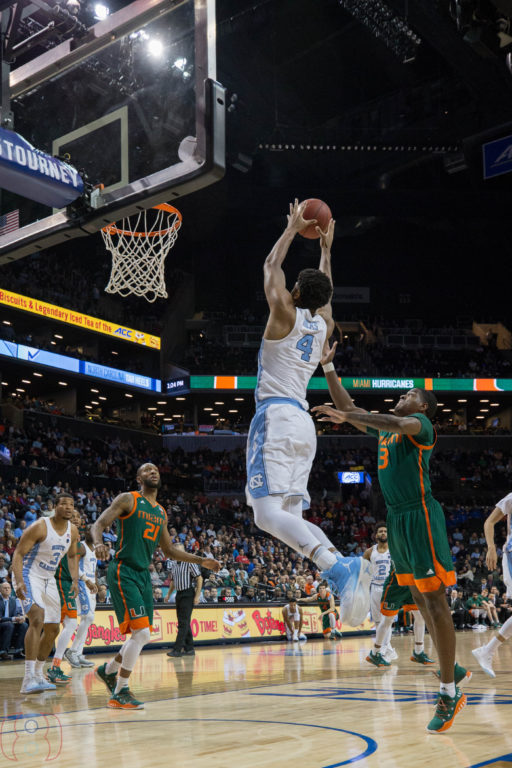 Why: After Miami cut it to 34-31 early in the second half, the Tar Heels went on a 14-5 spurt to build a comfortable working margin and cruise to the victory.

GIF: A solid win for the Tar Heels in their ACC Tournament opener has fans feeling like:

What will people be talking about? Will we see Duke/UNC in the ACC Tournament for the first time since 2011?

What should people be talking about? Isaiah Hicks had a monster game scoring 19 points. Should UNC be able to consistently get contribution from a “non Meeks/Berry/Jackson” guy then the Heels will be a tough out for the remainder for the season.

What’s next for these teams? UNC advances to the ACC Tournament Semifinals and awaits the winner of Duke and Louisville. UNC went 1-1 vs the Blue Devils in the regular season and 1-0 vs the Cardinals.

Quote: Our Hayes Permar caught up with North Carolina Governor Roy Cooper during halftime and get his thoughts on Jim Boeheim’s statements about “no value in the ACC Tournament being in Greensboro”


“8 is wild”: The UNC band used the “Ceiling is the Roof” multiple times when heckling Miami players shooting free throws. This will probably get old quickly.