Roy Williams picked up 5-star center Armando Bacot yesterday and here’s what you need to know about it:

Roy Williams is the head coach at UNC. Come on, that’s an easy one. OH, you mean Armando Bacot? He’s a 6’10” center out of IMG Academy and is ranked 26th in his class.

While other schools have shown that they can change their style to include back to the basket centers, UNC is one of the only schools who builds their style around that kind of player.

UNC has front-court depth, but right now they just have big bodies who aren’t really scoring threats and haven’t shown an ability to protect the rim. Bacot brings both of those according to his scouting reports, and – insert joke here – he projects to be a three or four year player. Bacot was absolutely right in Roy’s wheelhouse.

5. what did georgia’s tom crean have to say about losing bacot 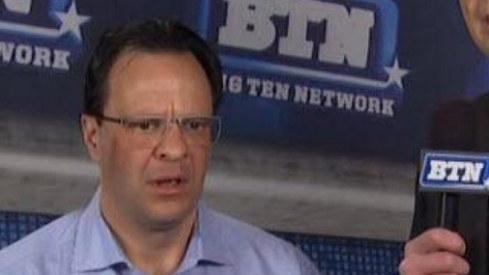 6. what is local media saying about the news?

7. did he do anything cool to announce his commitment?

8. okay, okay, forget all of this. what this mean for unc/duke?

Neither Duke nor Carolina can do anything without it being compared to the other. This will forever be true, and this recruitment is no different. Here’s a quick true/false on hot takes you may be hearing.

Roy is back! NCAA scandal is over and he’ll start landing everybody!

Eh, kind of false. Roy’s absolutely going to start landing guys he wouldn’t have been able to a few years back (Nas Little, for example), but you’re not going to see Roy signing classes of 3 or 4 top 10 players because he’s not going to try to sign those kind of classes. There are two paths in recruiting right now … the one and done path, and the long road. Right now, Roy is competing with schools like Virginia and Villanova on the long road, while Duke, Kentucky, and schools like Arizona are on the other path. With Roy getting the best players in his current peer group, why would he switch? He’s doing what’s best for UNC, not what’s best for UNC fans who just want to see the Heels at the top of the recruiting rankings over Duke. It’s working out pretty well for both schools.

Probably false (although technically we don’t know yet). UNC out-relationshiped Duke when it came to Bacot because Duke prioritized other players who play that position. No, that doesn’t mean Bacot was Duke’s to lose and they lost him. It just means that Bacot isn’t the indicator for whether or not this hot take has any merit.