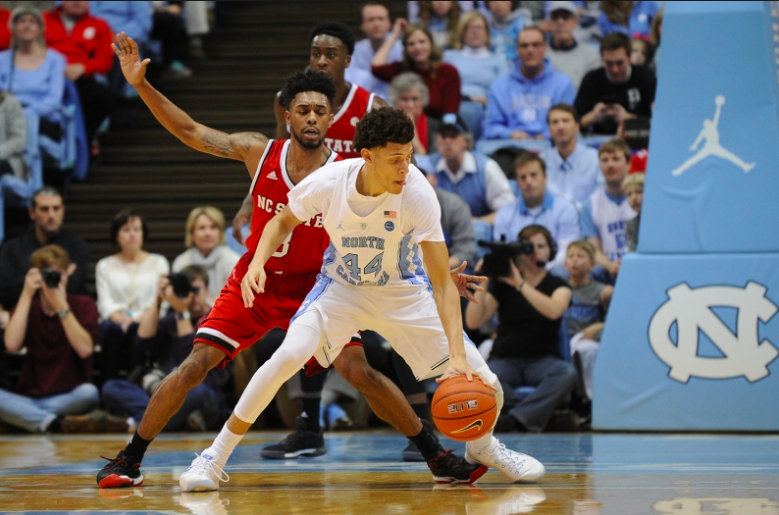 UNC’s schedule gave them a break this year. No conspiracy. No effort to downplay what the Heels have accomplished after losing their two best players from a season ago. The unbalanced ACC schedule will never not factor into the ACC standings. And that’s okay. Of course other factors include, but are not limited to, “being good” and “other good teams losing”, but schedule absolutely matters. Having said that, there’s no such thing as an easy path to an undeserved #1 seed in the ACC tournament, so if your argument starts there, you’re simply being hyperbolic.

There’s no way around conceding that UNC was fortunate to catch the best teams on the road, as the best teams generally struggled on the road in the ACC this year. Louisville, Syracuse, Virginia Tech and Florida State are 12-23 on the road this year, compared to being 29-2 at home. The Tar Heels hosted all four in Chapel Hill without a return trip on the schedule. Florida State has a legitimate gripe about the unbalanced schedule, but you know who doesn’t? Duke.

Yes, Duke’s “away only” opponents had a combined home record of 32-7 compared to a road record of 19-24, but everything goes back to the NC State game for the Blue Devils. Even with a tougher schedule, a win at home against the Wolfpack (1 of only 2 NC State road wins, by the way) and Duke is playing for the 1 seed in Chapel Hill on Saturday. The strength of schedule discussion only applies when a team needs help, and Duke had plenty of opportunities to avoid needing help. So it might be the right argument, but it’s being led by the wrong group.

The math will change with a handful of games left to play, but here’s how the KenPom strength of school ratings look in the ACC:

Ultimately, teams play the games they’re scheduled to play, and it’s on them to earn results on the court. Like most years, the top tier team with the (relatively) easiest schedule is going to earn the top seed in the ACC Tournament. That’s not a surprise, and it’s absolutely not unique to this season. In 7 out of 15 years of an unbalanced schedule, the team with the weakest strength of schedule won the regular season. Only twice has the top seed NOT had a top 5 “easy schedule” … 2011 and 2012. Both times, the Tar Heels took the top spot.

Put in different terms, Wake would become the 8th team in league history to not win the ACC regular season with the easiest conference schedule. Massive choke.