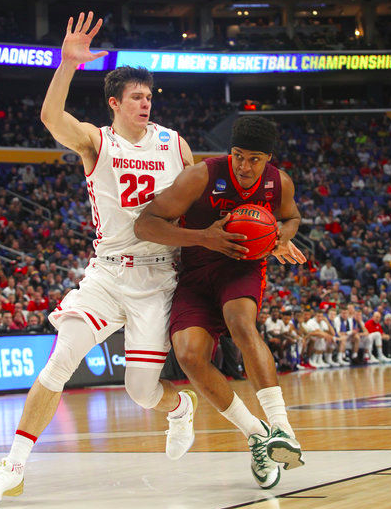 Virginia Tech is no longer a punchline in the ACC. That’s what happens when you somehow snatch Buzz Williams away from Marquette, bringing him in to take over a mess of a program that won just 9 games prior. He’s not in Blacksburg for moral victories or respectability. He’s there to win games and to challenge the league’s best. And the best testament of the job he’s done over his three seasons of Buzzketball is to recognize that while this season was great, it could have been better.

Duke football is a great local comparison to Virginia Tech basketball. What David Cutcliffe has done with the Blue Devils is nothing short of a miracle, but he’s not afforded the opportunity to keep the bar low. Nor should he be. It would have been interesting to see the mood around Durham if Duke had lost a 4th straight bowl game in heartbreaking (choke) fashion, but the Pinstripe Bowl win and a bright future earned an extension on that frustration. Virginia Tech needed that “bowl win” this year, and a loss to #1 seed Villanova would surely seem a lot different in the rearview mirror than a loss to a very beatable Wisconsin team.

A lot of good feelings will come from making the NCAA Tournament for the first time since 2007, as it certainly should. With an identical conference record to a season ago (10-8), the stature of this year’s ACC pushed the Hokies over the edge from a bubble team to a no-brainer lock for the field. Virginia Tech nearly ran through their home schedule undefeated (Notre Dame famously out-hustled them for a win in January) until the last few games of the season, and that’s where the gaps and weaknesses began to catch up with them. After a string of 6 games where the Hokies looked like a team ready to threaten the top tier … an OT win against Virginia, road wins at Pitt and Boston College, and the most electrifying performance of all – a four point loss in a shootout at Louisville … Virginia Tech faltered down the critical home stretch by dropping three of their last four.

The season-ending injury for Chris Clarke exacerbated an already dire situation with depth, but there’s no reason to think he won’t be back for his junior season contributing double figures in scoring and close to double figures in rebounding. Seth Allen and Zack LeDay will graduate, and the depth issues will not go away next year. Virginia Tech could have really used a visible win in the NCAA Tournament to raise the program’s profile, but there is still a lot to feel good about moving forward. There’s no doubt that the Hokies had a season worth celebrating, but the biggest compliment that could be paid to Buzz Williams and Virginia Tech is to realize that it should have been better. Welcome to the top half of the ACC, Hokies.